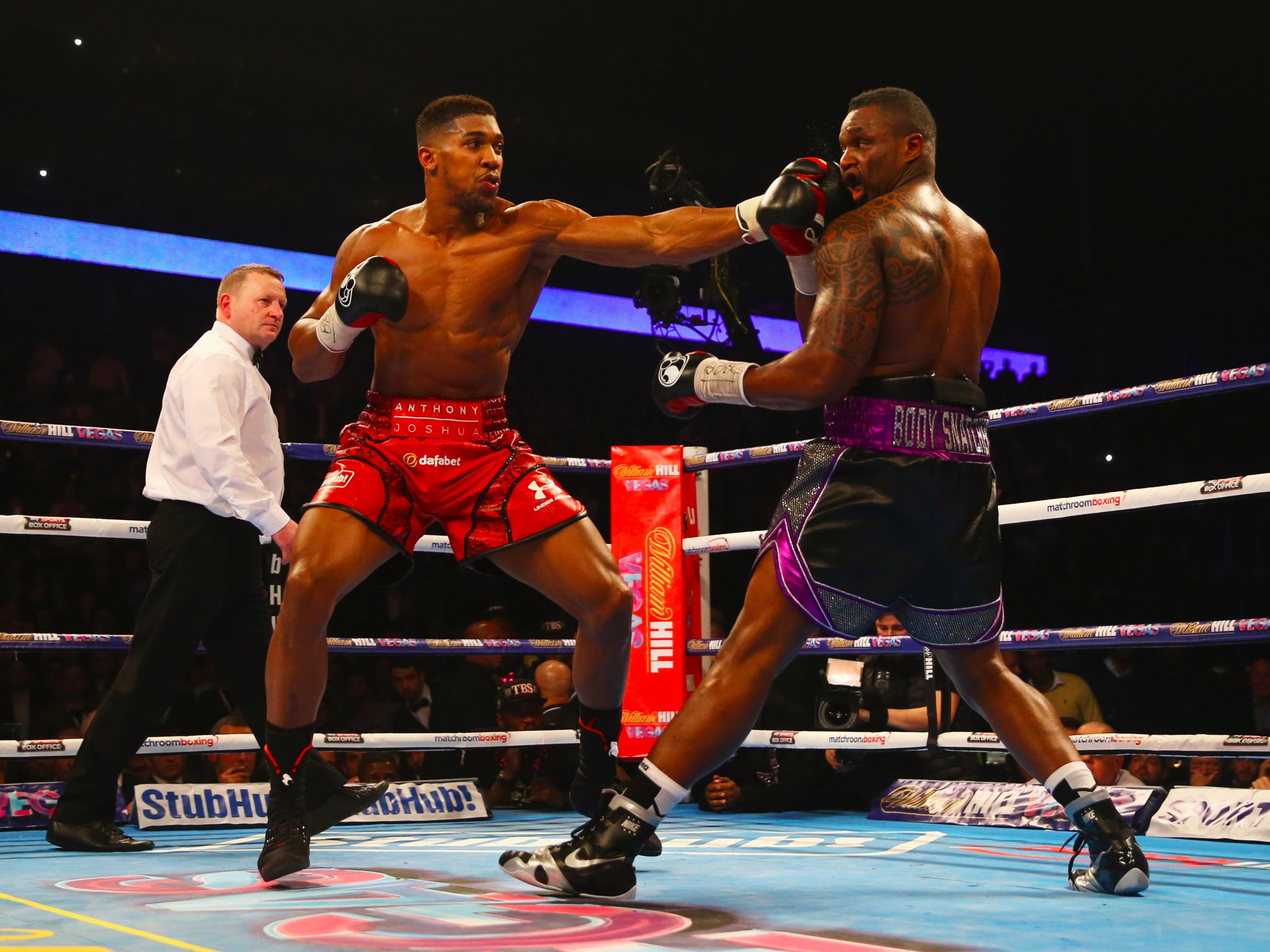 Novice professional Daniel Dubois, who won his first pro fight this month, is no different — but he believes 27-year-old Joshua will clinch victory in dramatic fashion.

“Wladimir is a lot older [than Joshua]. And when he sees a younger athlete coming at him, with the movement and knockout power that Joshua has, Klitschko may end up thinking: ‘What am I doing here?’

“I think Wlad might give up on himself… Joshua could make Klitschko quit.” The last time Klitschko failed to hear the final bell was in 2004 when he was knocked out by Lamon Brewster.Doug Benc / Getty Images

“Quit on his stool” is boxing parlance for a fighter giving up on a fight between rounds.

Muhammad Ali famously made Sonny Liston quit on his stool in 1964. Ali outclassed Liston from the very first bell with a middleweight fighting style, capturing his first world heavyweight championship at 22-years-old.

More recently, Manny Pacquiao’s status as a superstar was launched when he made Oscar de la Hoya quit on his stool in 2008.

Now the time is set for a new superstar to emerge and Dubois believes it will be his former sparring partner Anthony Joshua.

“Wladimir might pull off an upset but I see Joshua winning easily,” Dubois told BI. “We expect a lot from Anthony but he’s a gold medal winning Olympian and thrives under pressure.”