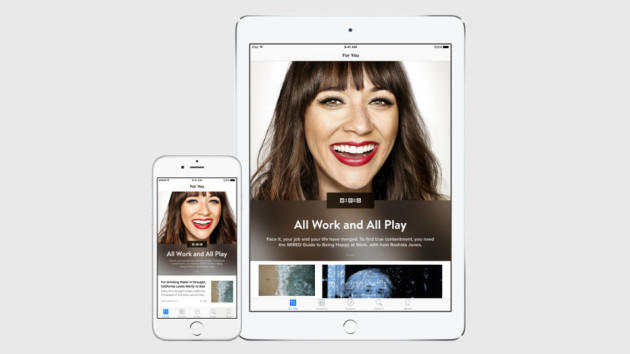 Apple recently admitted that it has been mismanaging its Apple News application, which launched in iOS 9 and allows users to read news stories from their favorite outlets. The company said it’s not quite sure how many people are actually reading stories, but that it figures it has been “underestimating,” which means it’s reporting fewer users than the actual tally.

“We don’t know what the right number is,” Apple senior vice president of Internet Software and Services Eddy Cue told The Wall Street Journal. “We’re in the process of fixing that now, but our numbers are lower than reality.” That also suggests that publishers might have been charging less than they could have for content, however, since the revenue paid out from ad views correlates with the number of viewers reading each article.

Cue told The Wall Street Journal that Apple News “scaled very fast…but it doesn’t meant we don’t all want more,” suggesting that Apple and its partners want to improve the product with new features and, of course, more accurate counting of reader data. Cue didn’t provide a timeframe for the fix though it’s likely a top priority.