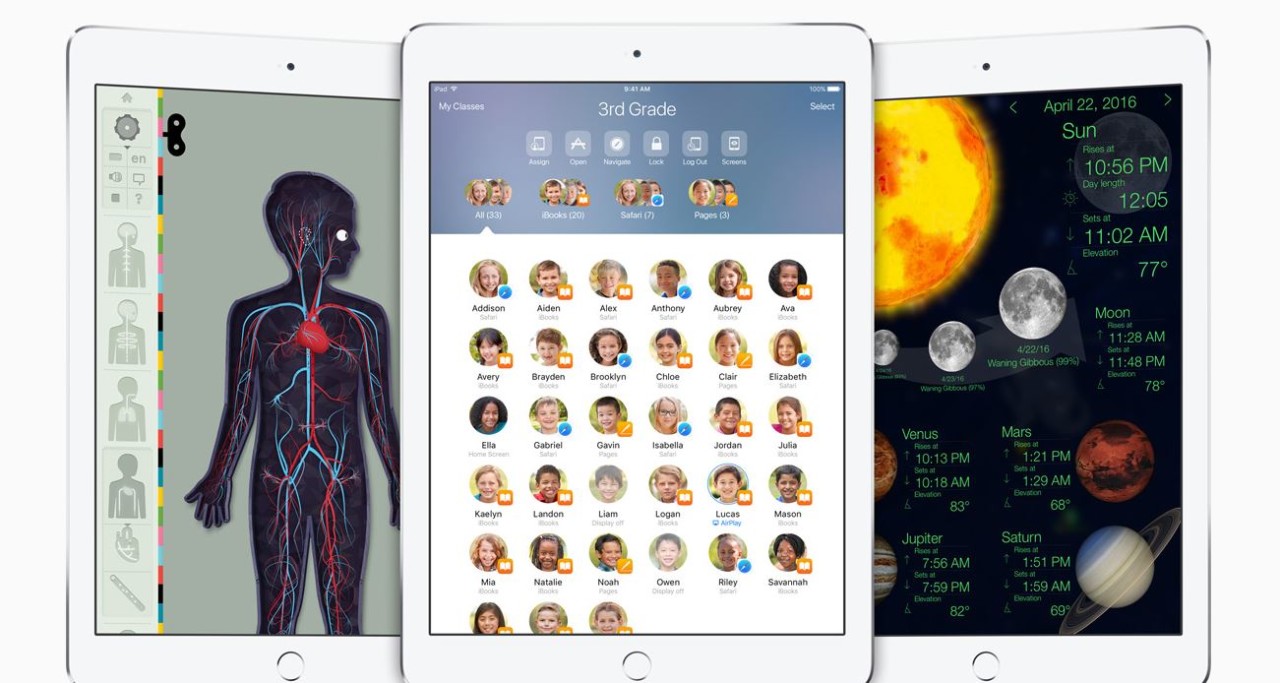 iOS 9.3 beta 1 is out today and it actually adds one feature that’s already available on Android. It’s also one feature that we’ve all been waiting for, and has oddly been missing from iOS since the beginning.

It’s unclear how well it works or how far it spans across devices just now, but Apple has a new Education preview page that discusses the benefits of multiple iPad users in iOS 9.3 beta 1.

Students, for example, can share a single iPad and use various logins to get to their account. Teachers and other school administrators can assign education IDs, created by the school that work independent of an Apple ID, and administrators can manage everything from apps to user accounts from a new Apple School Manager portable. There’s also a “New Classroom App” that lets teachers “guide students through a lesson, see their progress, and keep them on track.”

Administrators can also tap into a specific iPad with Screen View to peek at what a student is doing on his or her iPad, launch or lock apps with a special remote control app and more.

Apple hasn’t said when iOS 9.3 beta 1 will launch for everyone – it’s just a beta right now after all – but we hope it also includes multi-user support for outside the classroom. It’s a particularly useful feature in households that share a single iPad, for example.