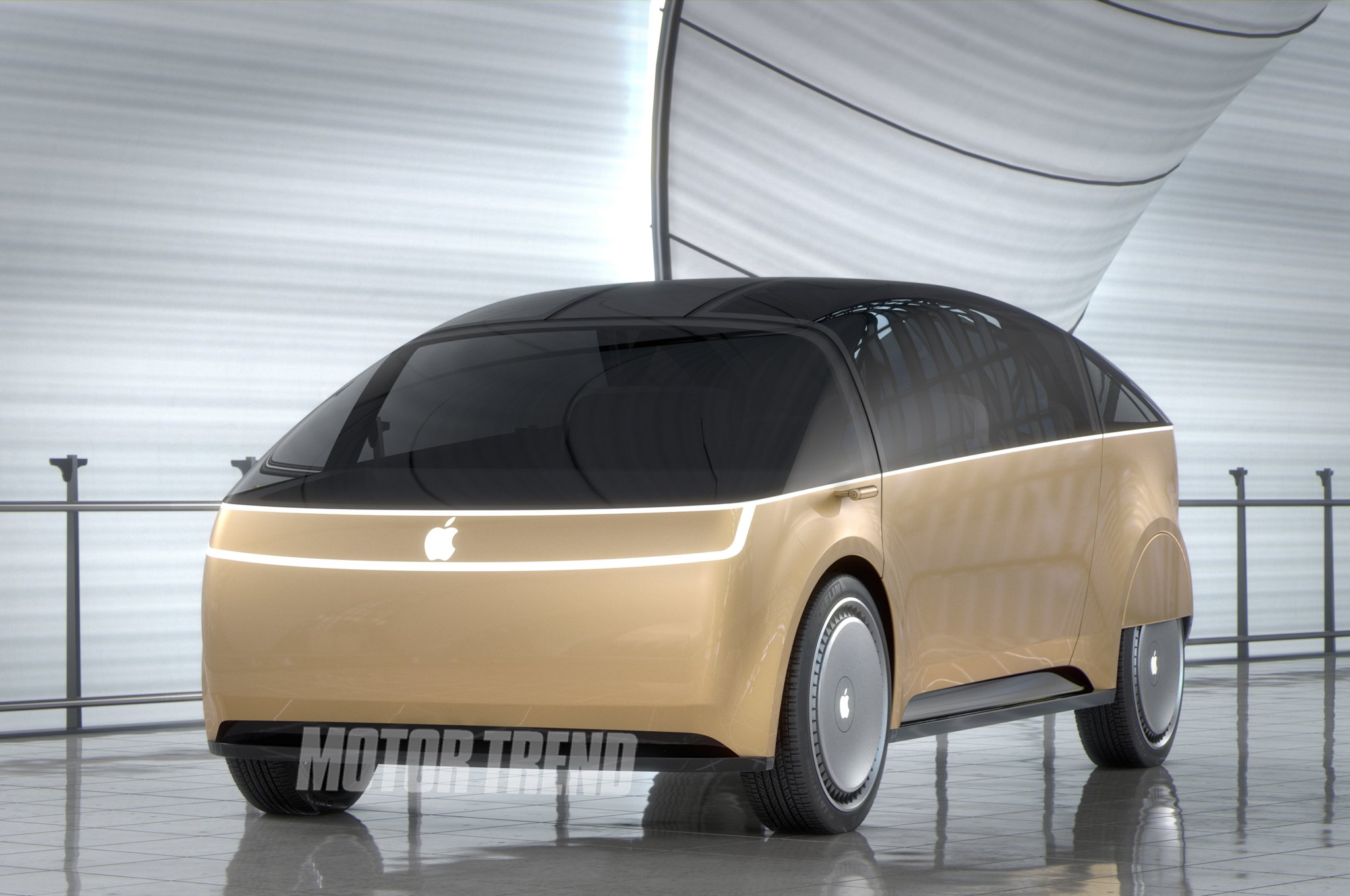 After thinking that the Apple Car — “Project Titan” — was pretty much dead, we saw it crawl from the grave via a filing in California to test a self-driving technology on public roads.

With this move, Apple joins a host of other automakers and tech companies that are already permitted to test their autonomous experiments on the Golden State’s highways and byways.

And thanks to some intrepid reporting by Business Insider’s Kif Leswing, we now have some idea of what Apple is actually up to.

The tech giant is clearly developing some type of self-driving car technology. That much is obvious from the test vehicle setup, which consists of a Lexus SUV with self-driving controls in the backseat. Up front, it’s a regular old steering wheel, so that if anything goes wrong, a human driver can take over. I’m pretty sure that the “fly by wire” system is something that Apple has engineered in a bolt-on capacity. The interior of Apple’s “Automated System,” according to a training document obtained by Business Insider.California DMV

There are some serious problems with this approach. For starters, bolt-on technology doesn’t work, you have to develop a self-driving technology that’s designed to be integrated into a vehicle as it’s assembled — but that’s beside the point.

The real takeaway here is that Apple’s self-driving program, although evidently not dead, might as well be.

This is because Apple has fallen catastrophically far behind the competition.

Just for the record, Google started outfitting Lexus SUVs back in 2009 with the first of its own self-driving technologies. Eight years later, Google has become Alphabet and the Google Car has become Waymo — and Waymo has racked up an enormous number of self-driven miles, with precisely zero monetization in sight.

Waymo’s concept of a self-driving car is very out-there, very futuristic. Meanwhile, Tesla has been taking a here-and-now approach with its Autopilot semi-self-driving tech: incremental improvement through software and hardware updates. It, too, has been racking up the real-world miles.

A lot of other automakers have been reeling in experimental miles including Ford, General Motors, BMW, Mercedes, and Audi. In fact, almost every major car company has some kind of autonomous plan under construction.

And let’s not forget about Uber, which stunned the auto establishment last year when it debuted its fleet of self-driving cars in Pittsburgh.

So let’s run through what the self-driving world is up to:

Here’s a run-down of Waymo’s efforts A look back at the Google Car, the adorable podmobile: And some of the original Google self-driving Lexus SUVs: A visualization of Tesla Autopilot: Me going hands-free with Autopilot, which I don’t recommend: One of Audi’s self-driving vehicles: The self-driving systems powering these cars use similar hardware, but are ultimately different.

Some companies are using complex and expensive laser-radar or Lidar systems, some have combined radars and sensors, and some are using cameras. It’s not entirely clear yet what Apple’s setup consists of, but according to BI’s reporting, the training protocol demands some simple maneuvers and scenarios.

Maybe Apple’s systems and/or vehicles are capable of more. Maybe. But the permit applications suggest that Apple has made rudimentary at best progress on autonomy.

I have a theory about this, which is that Apple was at one time, under Project Titan, working on a fully-fledged car with a radically innovative driver/infotainment interface, an electric powertrain, and some self-driving capability.

Given that I’ve been saying the Apple Car is vaporware since the get-go, I still think that Project Titan writ large has been abandoned. But Apple has probably decided to keep the self-driving component going and is likely focusing most of its efforts on developing the software for autonomous vehicles. Hence the crude-looking setup in the test vehicle.

The problem is it has to play catch-up. Apple has a gigantic heap of cash to spend on doing just that. But sometimes, money isn’t enough when you’re running a decade behind.

This column does not necessarily reflect the opinion of Business Insider.