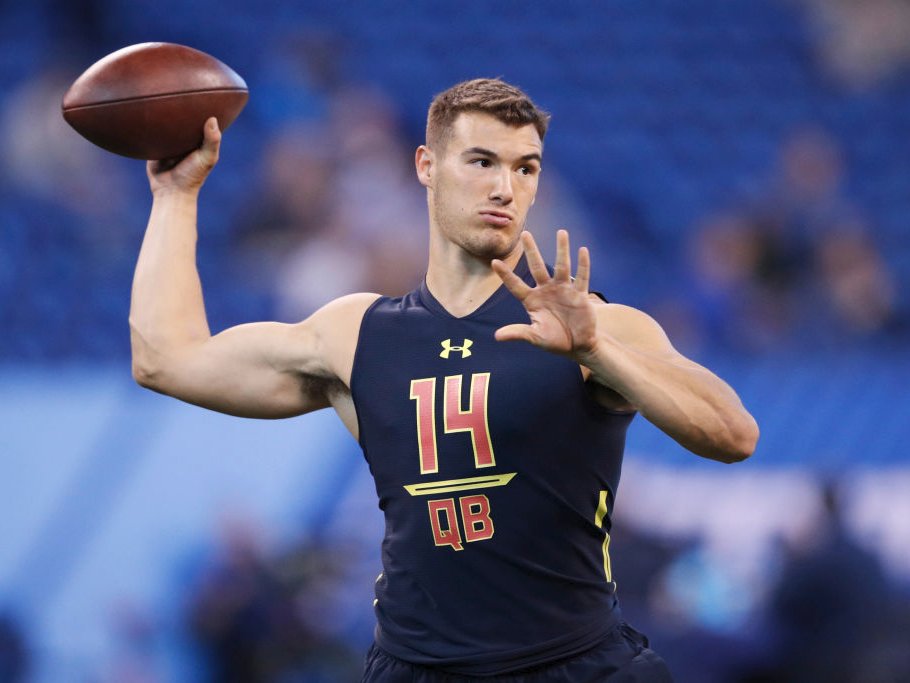 As we move closer to the NFL Draft, the San Francisco 49ers — owners of the second pick — are the latest team to be linked to North Carolina quarterback Mitchell Trubisky, sparking speculation that they are only trying to entice teams into trading for their pick.

For the teams that are looking to trade up for Trubisky, this is problematic because the cost of trading up jumps dramatically from the third pick to the second pick. While a team can get something close to value-for-value at No. 3, they typically pay a huge premium at No. 2.

Similar to the popular draft-value chart created by Jimmy Johnson, we can assign a value to every draft pick based on the average career of players drafted in those spots in previous years using data compiled by FootballPerspective.com. We can then go back and look at the total value of the picks that were exchanged during the five trades involving top-three picks during the last five drafts1.

In the 2016 draft, the Rams and Eagles paid a 70-75% premium in order to move up to the top two spots. To put that in perspective, In addition to giving up a group of picks equal to the pick(s) they received, teams also gave up the equivalent of the third (worth 1,167 points) or fourth (1,091) pick overall, or the equivalent of a pair of early-second-round picks (~500-530 points each).

That is like giving somebody five $1 bills for a $5 bill and then also having to give them an additional three or four $1 bills just to make the original exchange. The Redskins paid an even higher premium in 2012.

However, in the two cases where teams moved up to the third pick, the premium was considerably smaller, 7% in one case and 22% in the other.

It is also worth noting that quarterbacks in general demand higher premiums and the teams moving up to No. 3 selected non-quarterbacks. While that could impact supply and demand at a certain spot, the Browns are not going to accept less than a 70% premium for the No. 1 pick just because a team wants to draft defensive lineman Myles Garrett instead of Trubisky.

Clearly the table above is a small sample size, but history has also shown that these deals often set precedent for future deals. In other words, a team looking to move up has a much better chance of finding something close to equal value if they go after the third pick. If they go after the 49ers’ pick, one selection earlier, Trubisky is going to get expensive.

1 For picks in future drafts, we used the average value for picks in those rounds. While we have since learned the true value of many of those picks, teams could not have known those at the time of the trades.