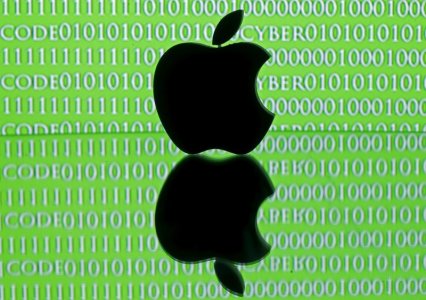 (Reuters) – Most Americans trust Apple Inc to protect their personal information from hackers, according to a national Reuters/Ipsos poll, but not any better than rivals Google, Amazon and Microsoft.

The results of the poll were released late on Monday, in the middle of a legal battle between Apple and the U.S. Justice Department over a judge’s order that Apple write new software to disable passcode protection on the iPhone used by one of the San Bernardino, California shooters.

The two sides were set to face off in court on Tuesday, but late on Monday a federal judge in Riverside, California, agreed to the government’s request to postpone the hearing after U.S. prosecutors said that a “third party” had presented a possible method for opening an encrypted iPhone.

The development could bring an abrupt end to the high-stakes legal showdown which has become a lightning rod for a broader debate on data privacy in the United States, which was inflamed by revelations in 2013 from former National Security Agency contractor Edward Snowden about the U.S. government’s massive surveillance programs.

When asked if they trust Apple to protect data from hackers, 60 percent of respondents said they strongly agreed or somewhat agreed, according to the poll, conducted March 11 to 16.

That is in line with responses to the same questions about Alphabet Inc’s Google, Amazon.com Inc and Microsoft Corp.

The poll found only one in 10 people consider security options such as encryption and passcode protection to be the most important considerations when shopping for a new phone. Performance and price were far ahead, each ranked as the most important factor by about a third of those polled.

“Security is one of these things that gets people in trouble when it lapses, but it’s not something consumers are going to be shopping for,” said Ipsos pollster Chris Jackson.

The results suggest that Apple’s refusal to comply with a U.S. government demand that it unlock an iPhone has not given it extra credit with consumers, Jackson said.

“This (poll) was about getting a feel to see whether Apple is seen as some kind of exemplary company,” Jackson said. “It’s not.”

Apple certainly sees itself as a guardian of customers’ privacy. The company “will not shrink from that responsibility,” declared Chief Executive Tim Cook on stage at the launch of a new iPhone on Monday.

“Apple has the same halo as many tech companies: A majority of people, but not a huge majority, agree that they trust them to protect their information,” Jackson said.

Consumers were, however, less trusting of two of the six companies covered in the poll: online social media service Facebook Inc and internet company Yahoo Inc.

Asked if they trust Facebook to protect personal information from hackers, 39 percent said they agreed. For Yahoo, 44 percent agreed.

Jackson said people may feel differently about Facebook’s security because it exposes more user data than the other firms surveyed.

The online survey of roughly 1,703 adults has a credibility interval of plus or minus 2.7 percentage points.

Representatives for Apple, Alphabet, Amazon.com, Microsoft and Yahoo did not immediately respond to requests for comment.

A statement from Facebook said, in part, that “Protecting your personal information is more important than ever, and that’s why security is built into every Facebook product and design.”