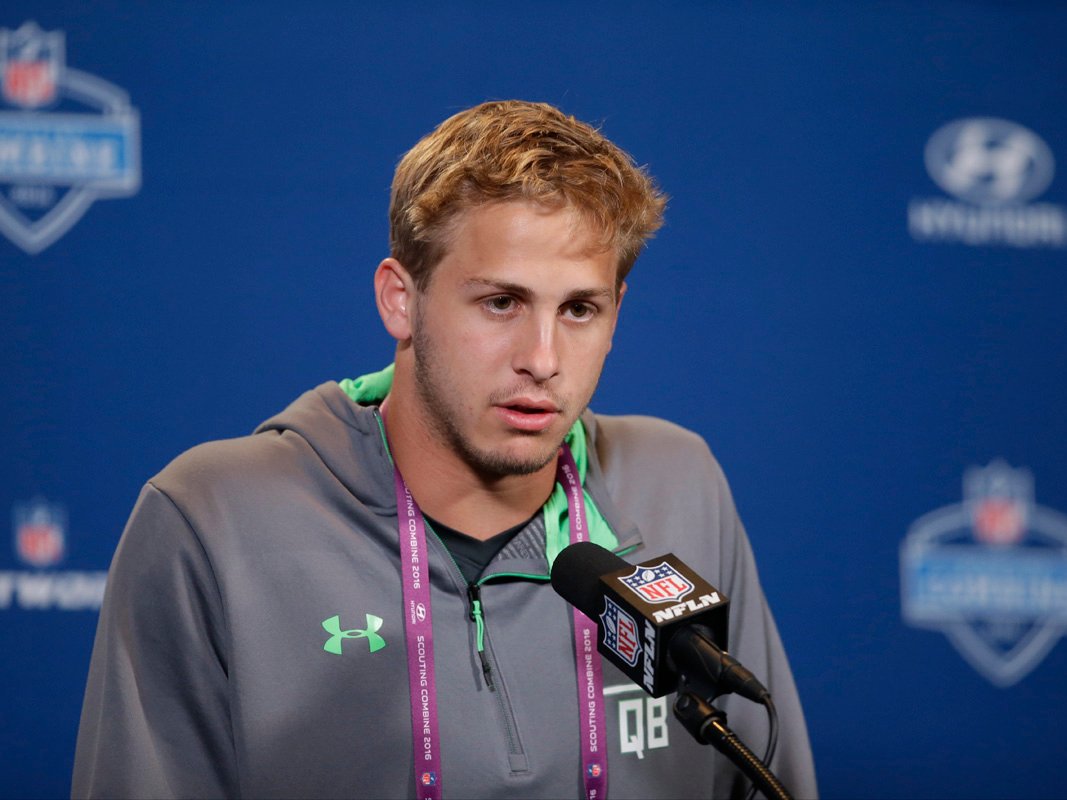 Darron Cummings/APCalifornia quarterback Jared Goff will get drilled during his combine interviews.

The NFL combine is a chance for NFL teams to test NFL prospects physically and mentally.

And while the mental tests, which include odd questions, often don’t receive the fanfare of 40 times and vertical jumps, to Arizona Cardinals head coach Bruce Arians, the mental tests are the most important aspect.

Speaking from the combine, Arians explained how he grills quarterbacks during the interviews, looking for just one skill (via MMQB’s Robert Mays).

“To me, the quarterback position is just about one thing: that’s processing information really fast,” Arians said.

Arians then broke down the rigorous test he gives the prospects:

“Even in these 15-minute interviews, I want them to get up and give me their two-minute offense, every call. Run me down the field in a drive in your two-minute drill. I can figure out a little bit of what he knows about his offense. Then in a longer interview you put him on the ball and give me your favorite play, third and 5, the game’s on the line. What coverage you’re anticipating, things that are totally relevant to just that one position. Hopefully that gives you enough information, if you do that enough times, that the guy’s smart enough to play.”

NFL-level quarterbacks likely don’t find this as stressful as it sounds to non-quarterbacks, but surely they feel the pressure.

The combine is about impressing teams. While the NFL world likes to remind people that prospects only need to impress one team, being put on the spot to run crunch-time offense in front of an NFL coach has to be nerve-wracking.

As Arians explains, while arm strength and 40 times may still matter to some people, he wants to see the mental make-up of one of his quarterbacks. If a prospect has the proper foundation, the rest will work itself out on the field.