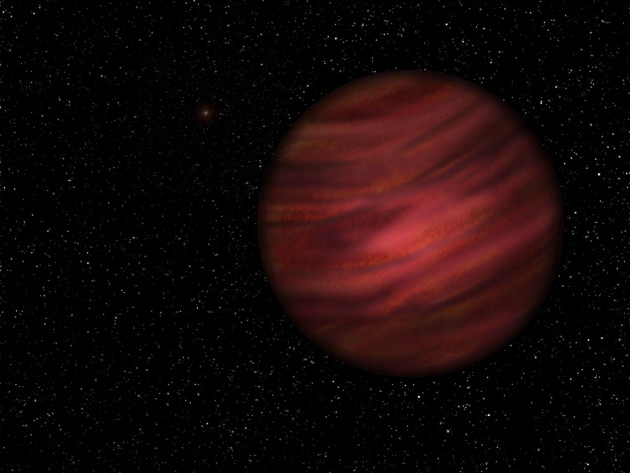 Planet 2MASS J2126 used to be considered a rogue world, aimlessly wandering the galaxy without any friends. But new data suggests the gas-giant has a host star—it’s just really, really, really far away.

Astronomers say the planet and star are separated by about 7,000 astronomical units (AU), with the alien world completing an orbit every 1 million years or so. To get an idea of just how far 2MASS J2126 and its star are from each other, the distance between the Earth and the Sun is one astronomical unit, or about 93 million miles.

“The planet is not quite as lonely as we first thought, but it’s certainly in a long-distance relationship,” said Niall Deacon, lead author of the study.

The new findings make this planet’s home the largest solar system ever discovered, and trumps the previous record for most widely separated planet and star, which was at 2,500 AU.

Scientists only just discovered 2MASS J2126, which is about 15 times the mass of Jupiter, eight years ago, so our understanding of it is still evolving. It went from lonely planet to having a host star in just a few years—who knows what we’ll learn about it in the coming months.

“We can speculate they formed 10 million to 45 million years ago from a filament of gas that pushed them together in the same direction,” explained Dr. Simon Murphy from the Australian National University.