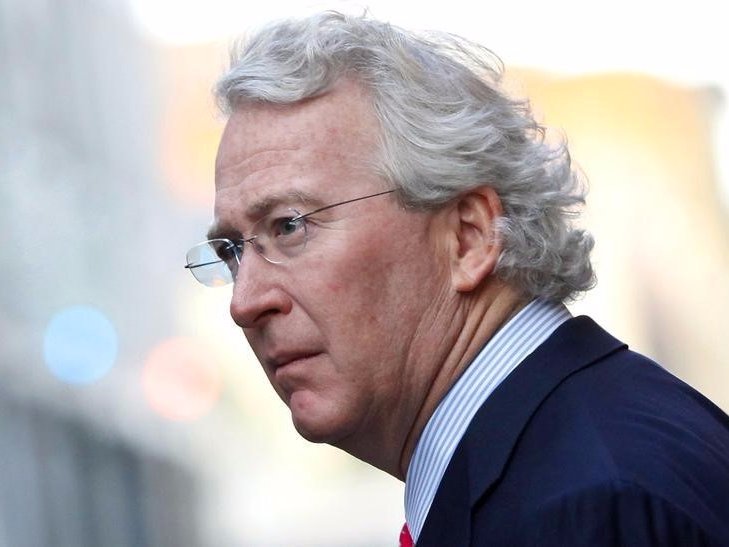 BILL GATES: An energy miracle is coming — here’s what we need to make it happen

Energy pioneer Aubrey McClendon died in a car crash just a day after he was indicted on conspiracy to rig bids for oil and natural gas leases.

The former Chesapeake Energy CEO rose to prominence by pioneering production techniques that unlocked America’s supply of shale gas, which helped wean the country from its reliance on foreign oil.

His indictment came on the heels of a four-year federal antitrust investigation which found that his company had planned to rig the price of land leases in Oklahoma, Reuters reports.

While McClendon’s own life was cut short, he left a legacy that will shape American energy policy — for better or for worse — for years to come.

His company, Chesapeake Energy, pioneered the use of oil and natural gas locked up in shale rock, a technique commonly known as hydraulic fracturing, or fracking. The technique allowed America to unlock decades’ worth of energy, but has also been linked to serious environmental and health concerns.

Fracking: The good, the bad, and the ugly Fracking involves the injection of fracking fluid — consisting of pressurized water, sand or other ceramic materials, and thickening agents — into a hole drilled in the ground. This produces cracks in the shale rock that allow oil and natural gas to flow more easily.

The first fracking experiment took place in 1947 in the Hugoton gas field in Grant County, Kansas. One thousand gallons of napalm and sand from the Arkansas River were injected into a limestone rock formation that was clogged by mud from drilling operations. The attempt wasn’t very successful, but the technology has advanced significantly since then.

Today, the Society of Petroleum Engineers estimates that 2.5 million fractures have been pumped worldwide over the last 60 years; more than a million of them have been in the US. The technique has unlocked large sources of energy that would otherwise be inaccessible. For example, the Marcellus Shale in western New York, Pennsylvania, and Ohio, is thought to contain enough natural gas to supply the United States for more than 40 years.

But fracking is incredibly controversial. Opponents say it can release harmful chemicals that contaminate air and water supplies, possibly trigger earthquakes, and cause human health problems.

While scientists are just beginning to study the effects of fracking on the environment, some evidence suggests it can be done safely. As Scientific American reported in 2013, a study funded by the National Science Foundation and published in the journal Science found that fracking has “no irrefutable impact” on ground water quality.

The problem is, it’s not always done safely. If the cement casing that surrounds a fracking well is made incorrectly, natural gas can leak along its sides or through cracks, releasing harmful gases like methane to the environment. Methane is one of the most potent greenhouse gases, which trap heat in the atmosphere and exacerbate climate change.

Another problem is the wastewater from these wells, which can contain toxic or even radioactive chemicals. The same NSF study found that fracking wastewater is already starting to contaminate rivers and other major waterways.

A number of countries and states have banned fracking, but it continues to be a major source of American energy.

Under McClendon, Chesapeake Energy grew from a small operation into the second-biggest natural gas producer in the United States, exceeded only by Exxon Mobil, according to The New York Times. With Wall Street backing, the company leased land all over the country for fracking, including Texas, Oklahoma, Ohio and Pennsylvania. As the Times reports, they produced so much energy that natural gas prices collapsed, and Chesapeake’s shares tanked. McClendon also used his investments in the company to shore up as much as $1.1 billion in loans to pay off the cost of drilling the fracking wells, and he was later forced out of the company.

On Tuesday, the Justice Department indicted McClendon in a conspiracy in which two unnamed companies agreed not to bid against each other for oil and gas leases in northwest Oklahoma between late 2007 and early 2012, a charge he denied.

McClendon died in a car crash less than 24 hours later. Investigators have not yet determined the cause of death.

“He was a major player in leading the stunning energy renaissance in America,” Texas energy investor T. Boone Pickens said in a statement. “No individual is without flaws, but his impact on American energy will be long-lasting.”

NEXT UP:We’re finding out more and more about the worrisome link between fracking and health