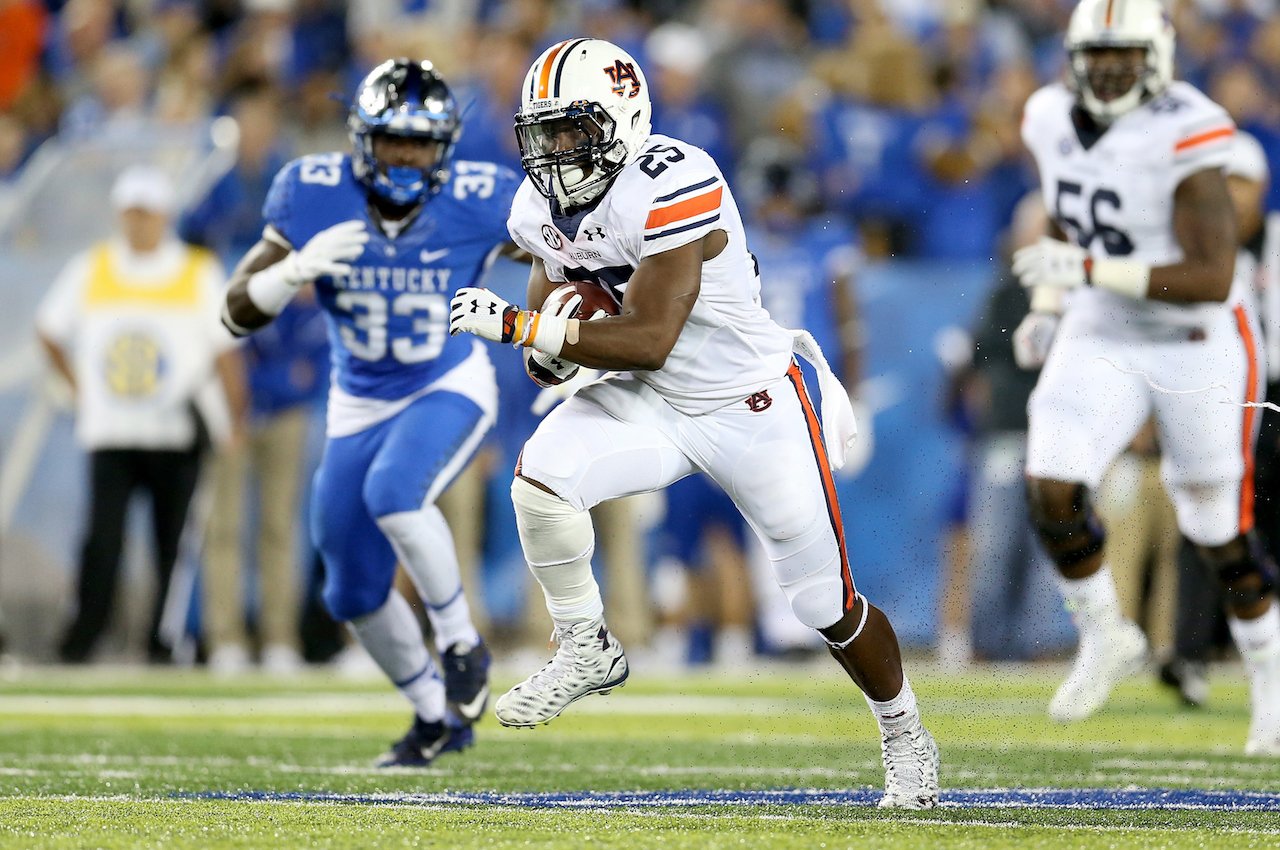 Although he rushed for over 1,000 yards during his redshirt sophomore season, Auburn running back Peyton Barber surprised many when he announced his decision to declare for the NFL Draft just before the underclassmen deadline.

In Indianapolis for the NFL Combine on Wednesday, Barber revealed why he made the surprising choice to turn pro: his mother is homeless.

“My mother is homeless right now,” Barber said. “Right now she’s staying with my sister. It’s her and her three kids staying in an apartment back home.”

Barber added that his mother didn’t pressure him to turn pro, and has supported him as he trains during the build-up to the draft.

“She really just asks me if I’m OK and how I’m doing,” he said. “She never pressured me to do anything. I just decided to do what’s best for me and my family.”

While he isn’t a top prospect at the running back position, he said he doesn’t have very many miles on his legs and thinks this makes him desirable among pro teams.

More important than football, however, is his mother. On Wednesday he said he knew she would get through it.

“This isn’t her first (struggle). It’s nothing new,” he added. “It’s just a little bump in the road for us. We’ll overcome it.”