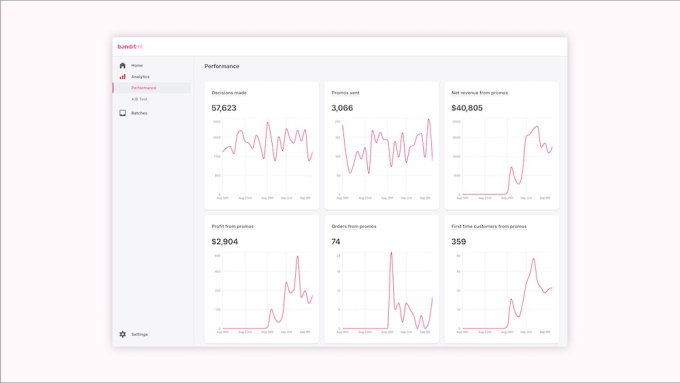 Bandit ML aims to optimize and automate the process of presenting the right offer to the right customer.

Conti (who founded the company with Lionel Vital and Joseph Gilley) is a former Uber software engineer and researcher himself.

The idea, as he explained via email, is that one customer might be more excited about a $5 discount, while another might be more effectively enticed by free shipping, and a third might be completely uninterested because they just made a large purchase. Using a merchant’s order history and website activity data, Bandit ML is supposed to help them with which offer will be most effective with which shopper. 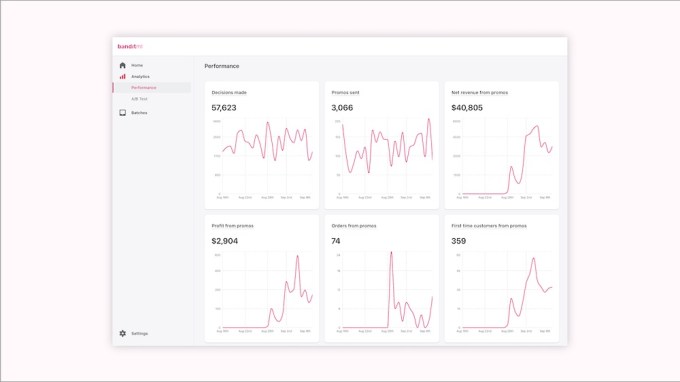 Conti acknowledged that there’s other discount-optimizing software out there, but he suggested none of them offers what Bandit ML does: “off the shelf tools that use machine learning the way giants like Uber, Amazon and Walmart do.”

He added that Bandit ML’s technology is unique in its support for full automation (“some stores sent their first batch of offers within 10 minutes of signing up”) and its ability to optimize for longer-term metrics, like purchases over a 120-day period, rather than focusing on one-off redemptions. In fact, Conti said the technology the startup uses to make these decisions is similar to the ReAgent project that he worked on at Facebook.

Bandit ML is currently focused on merchants with Spotify stores, though it also supports other e-commerce platforms like Calii. Conti said the platform has been used to send millions of dollars’ worth of promotions since July, with one clothing company seeing a 20% increase in net revenue.

“Starting with an always-on incentive engine for every online business, we aim to build functioning out-of-the-box machine learning tools that a small online business needs to compete with the Walmarts and Amazons of the world,” he said.