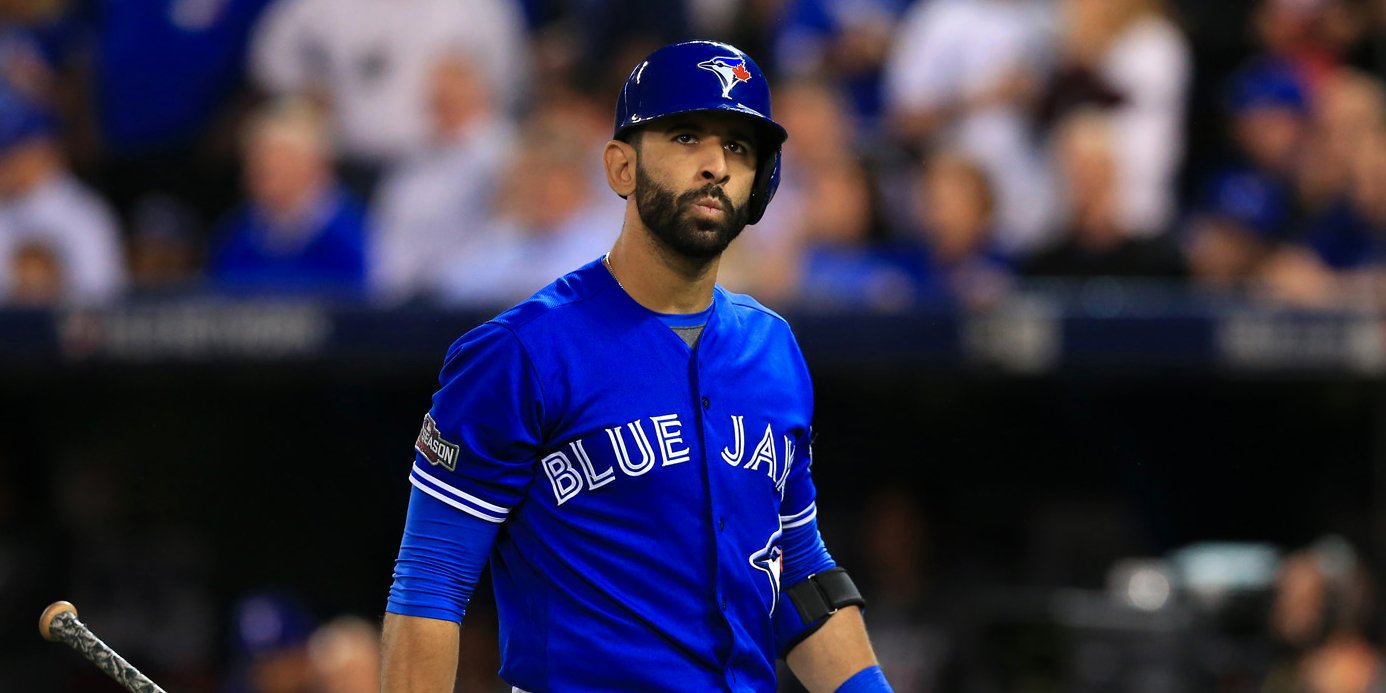 The fiery series between the Atlanta Braves and Toronto Blue Jays has put bat flips under the spotlight again.

On Wednesday, Blue Jays right fielder Jose Bautista caused a firestorm by hitting a solo home run in the eighth inning — with the Blue Jays trailing 8-3 — staring down Atlanta’s Eric O’Flaherty, then flipping his bat.

Bautista, of course, owns one of the most famous bat flips in MLB history.

The optics of Wednesday’s bat flip, however, were not great, given the Jays’ deficit. Braves first baseman Jace Peterson had words with Bautista as he rounded the bases, as did catcher Kurt Suzuki when Bautista reached home. Benches cleared, but no punches were thrown.

On Thursday, as expected, the Braves got their revenge, beaming Bautista in the leg, one pitch after throwing mightily close to his feet.

How badly did the Braves want revenge? That was the fastest pitch Julio Teheran has thrown in two years.

Both dugouts were issued warnings, and the game continued without much more drama as the Jays won 9-0. It was just another ugly incident in a series that featured a bench-clearing after Bautista’s homer, a pitch that fractured the wrist of Braves slugger Freddie Freeman, and another bench-clearing that resulted in the Jays suspending center fielder Kevin Pillar for using a homophobic slur.

On Wednesday, O’Flaherty blasted Bautista, saying the bat flip was a “look at me” move:

“That’s something that’s making the game tough to watch lately. It’s just turned into ‘look at me’ stuff. It’s not even about winning anymore. Guy wants to hit a home run in a five-run game, pimp it, throw the bat around. It’s frustrating as a pitcher. … It’s just tired. We’ve seen it from him enough.”

Bautista added that he wasn’t trying to “show anybody up.”

The baseball world seems to agree that celebrations are OK but that Bautista’s recent bat flip came at the wrong moment.

“I’m not against Bautista having fun playing baseball. But this wasn’t him enjoying the moment; this was him being a jerk simply for the sake of being a jerk. It’s an NBA player dunking and hanging on the rim when down by 35 points. It’s celebrating a touchdown when you’re losing by 28. It’s ego over team.”

Mark Teixeira, an MLB analyst for ESPN and former Yankees first baseman, told YES Network that Bautista shouldn’t have been celebrating while the Jays were down — but, more interestingly, he says players just don’t like Bautista:

“I don’t mind in a big situation, game-winning home run, game-tying home run late in the game, you wanna show some emotion. They’re down 8-3 in the late innings. There’s no reason for that one. The fact of the matter is that no one really likes Jose Bautista, let’s be honest. If any other player would have done that, we wouldn’t be talking about it. … I can see why a lot of pitchers especially and catchers don’t like the way that he acts.”

However, Bautista is not the only one affected by baseball’s unwritten rules. Earlier in May, the Red Sox and Orioles had a series of ugly incidents stemming from the Orioles’ Manny Machado sliding into Dustin Pedroia at second base. Machado was thrown at once, then took his time rounding the bases after a home run. The next game, Chris Sale beamed him with a pitch, leading Machado to go off on profane a postgame rant about it.

While opponents understandably get angry when players celebrate or taunt after a big moment — or, in Bautista’s case, a rather mundane moment — but there’s danger in intentionally hitting a player. It’s not a stretch to imagine one of these revenge pitches going too far and seriously injuring someone if MLB doesn’t step in.