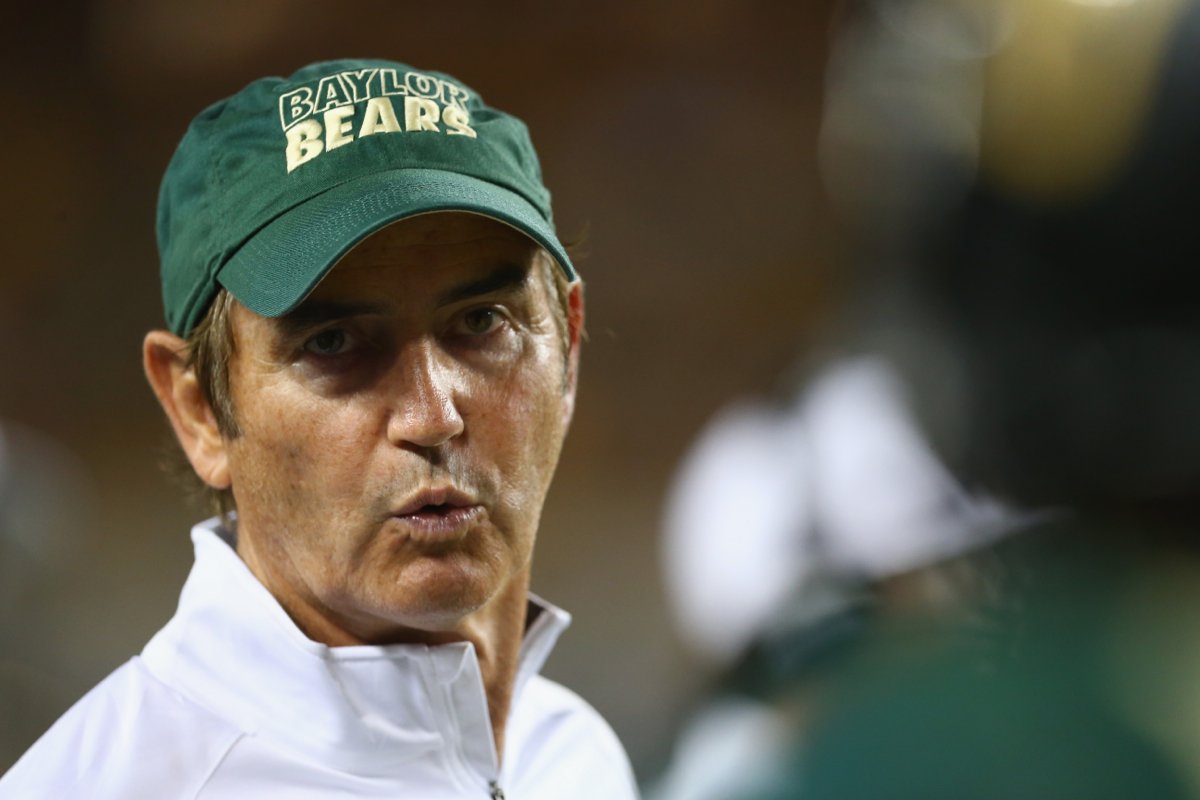 Art Briles has been fired from his position as the head coach of the Baylor football program, according to multiplereports.

The firing comes as the school is under intense pressure for how it has handled sexual-assault allegations against several football players.

During Briles’ time as head coach, several football players were accused, charged, and convicted of offenses relating to the controversy. In the past few months, numerous reports accused both the program, and university administration, of taking measures to cover up the allegations in order to protect its players.

The school is currently being sued by one of [Tevin] Elliott’s alleged victims for its alleged indifference towards her sexual assault complaint. Schools are required by federal law to investigate reports of sexual assault and an Outside the Lines report earlier this spring said the school waited almost two years to look at a claim against two former football players.

Last year, the university hired law firm Pepper Hamilton to independently investigate its handling of sexual assault. On Thursday, the university released the firm’s findings on its website.

“The University’s student conduct processes were wholly inadequate to consistently provide a prompt and equitable response under Title IX,” the law firm found.

Two other findings related to the football program show a lack of accountability. From the university website:

“We were horrified by the extent of these acts of sexual violence on our campus,” Richard Willis, chair of the Baylor Board of Regents, said. “This investigation revealed the University’s mishandling of reports in what should have been a supportive, responsive and caring environment for students.”

Baylor also announced that it had sanctioned Athletic Director Ian McCaw and placed him on probation. University president Ken Starr was moved to Chancellor, while Dr. David Garland was named interim University President.

Briles spent nine seasons at the helm of Baylor’s program, during which the Bears went 65-37.

Briles reportedly sent the following text message to his players to inform them that he had been released:

Per source, here is the group text that Art Briles sent his players today #Baylorpic.twitter.com/4yGb1HLX1L