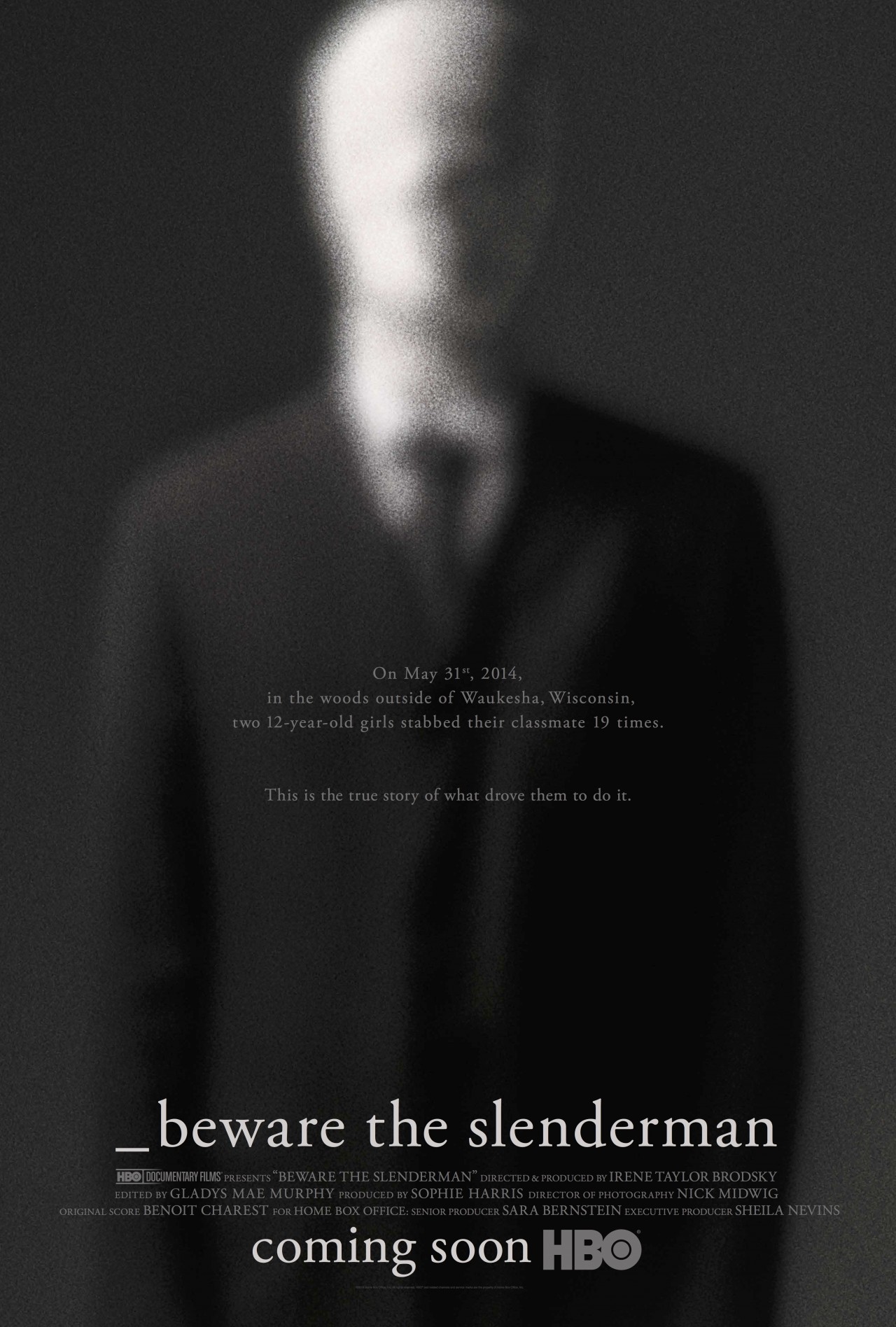 In 2014, two 12-year-old girls from Waukesha, Wisconsin were charged with attempted murder after they lured a classmate into the woods and stabbed her 19 times. The brutal attack, according to the girls, was done on behalf of someone named Slenderman, a fictional character whose origins are just as frightening as the story itself. Now, HBO is giving it the documentary treatment.

Here’s the official synopsis of Beware the Slenderman, which is being directed by award winner Irene Taylor Brodsky.

Shot over 18 months with heartbreaking access to the families of the would-be murderers, the film plunges deep down the rabbit hole of their crime, a Boogeyman of our society’s most impressionable consumers of media. The entrance to the internet can quickly lead us to its dark basement, within just a matter of clicks. How much do we hold children responsible for what they find there?

The Slender Man’s origins extend back to 2009, where the spooky character was created on an Internet forum as part of a harmless contest. The rest, as they say, is history. Soon after his creation, the Slender Man gained a fervent following and was soon given a backstory and complete mythology. The character has even been the focus of multiple games; I wouldn’t be surprised to see a movie (in addition to this documentary) based on the Slender Man.

The focus of the documentary, as the synopsis says, is to see how Internet folklore and the digital age affects young children. Beware the Slenderman will premiere at SXSW on Friday, March 11, and then air on HBO at some point in the future. You can check out the first haunting poster for the documentary above.