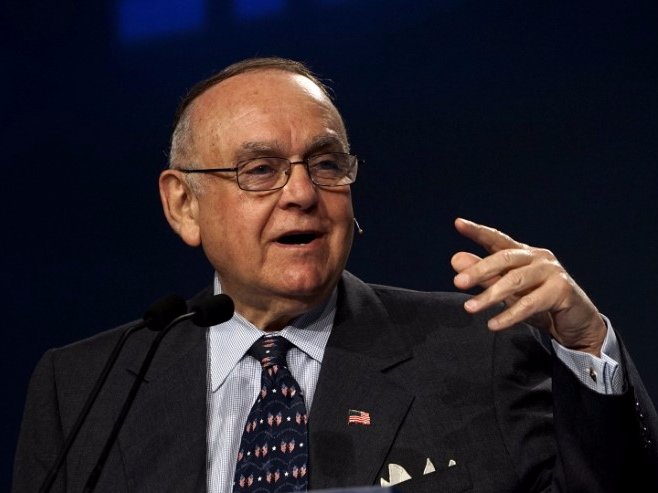 In a phone call with Business Insider on Thursday, August 17, Cooperman laid out an argument against Ackman’s attempt to change ADP, charging against what he perceived as Ackman’s misguided attempt to shake up the human resources company.

The human resources and payroll company ADP is under attack from Ackman’s Pershing Square, an activist hedge fund that wants to add new directors to its board and potentially swap out its CEO. Earlier this month, Pershing Square disclosed an 8% stake in ADP, sparking a testy back-and-forth between the fund and the company which handles Americans’ paychecks.

In an interview with CNBC last week, ADP CEO Carlos Rodriguez compared Ackman’s request to extend the deadline for nominating board members to “a spoiled brat in school asking the teacher for an extension for their homework.” Pershing Square has said that Rodriguez “unfairly characterized” their interactions to make the fund’s efforts “appear unreasonable.”

On Thursday, Ackman said in a conference call that ADP had underperformed its competitors and that the stock could double in five years.

For his part, it’s not the first time Cooperman has come out against Pershing Square – he did so in an interview with CNBC earlier this month, too. But the matter is clearly still top of mind.

“I’m not in the business of criticizing people, but I think this is disgraceful,” he told Business Insider Thursday, his voice rising.

“I’m not in the business of criticizing people, but I think this is disgraceful.

“I think his conduct is irresponsible. There’s a way of dealing with it; he could have quietly presented his findings to the company, allow them to digest it. The company has been run as an open book.”

Ackman casts a “negative aspersion” on the hedge fund industry, he added.

Fast-talking Cooperman listed off a litany of issues he saw with Pershing Square’s attempt to shift ADP, often repeating personal attacks on Ackman.

“He’s a hot dog trying to create maximum publicity without regard for the implications to management and the costs involved with this proxy fight,” Cooperman said.

Cooperman, who previously served on ADP’s board, said he had given his shares to charity. He commended ADP for its value proposition and for its management.

ADP, he said, was worth about $10 million in the early 1960s and had steadily added value, worth about $60 billion today. “There are very few companies that can sustain that,” he said.

“He makes a big deal that he spoke with 85 former executives,” Cooperman said. “I know for a fact the last three CEOs have not spoken with him.”

Earlier on Thursday, Pershing Square presented its thesis on ADP. When asked what he thought about it, Cooperman said: “You don’t follow what the f— I’m saying,” his voice rising. “I’m talking about the merits of his conduct.”

Cooperman said he didn’t listen to Pershing Square’s presentation this morning, as he was traveling on a plane.

Cooperman also brought up that Ackman had asked for an extension of the deadline to nominate board directors, which led to a contentious back and forth between ADP and Pershing Square. “He shows up and says he’s studied the company for six months. Why does he wait for the last minute for an audience with the board?” Cooperman said, adding, “The company is right. Who does he think he is? Given the company’s performance, if he was constructive, he should have waited a year … the company runs an open door policy … they’d have been happy to hear what he had to say … He has chutzpah to ask them to extend the window.”

Cooperman contacted Business Insider in response to a report earlier Thursday about an ADP board director whose position at Columbia Business School, which receives money from Pershing Square, poses a potential conflict. Cooperman took issue with the relationship being described as a conflict, calling it “bulls–t.” When Business Insider responded that three academics in the story had described the relationship as such, he said, “you shouldn’t feed that bulls–t.”

SEE ALSO:An ADP director has a relationship with the activist trying to shake it up — and it shows how messy Wall Street really is