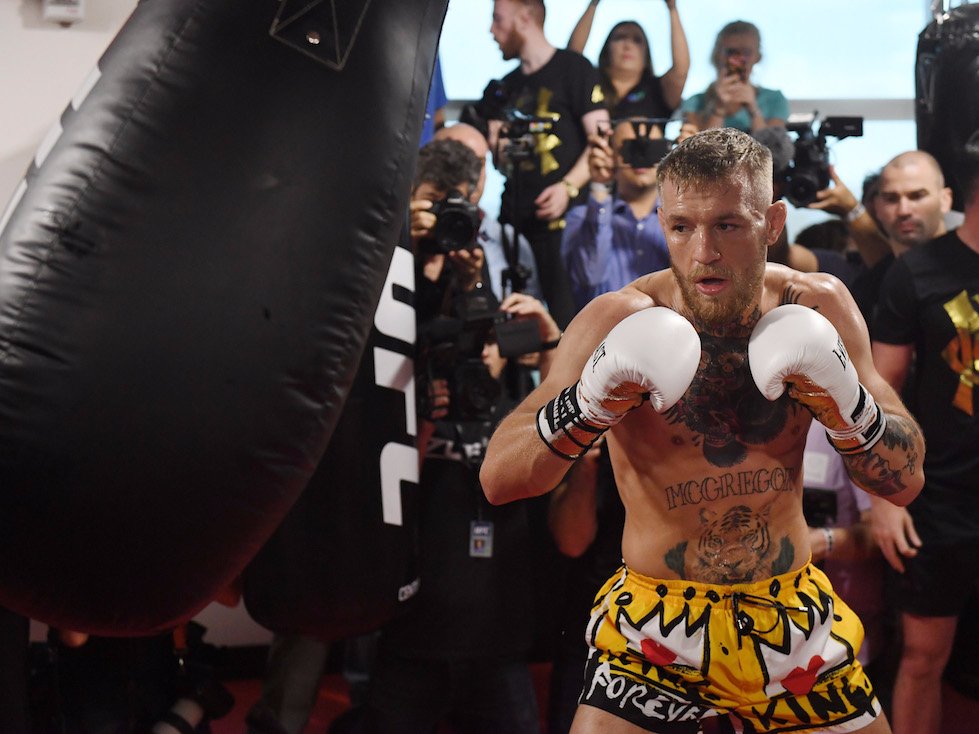 Conor McGregor will have his work cut out for him when he enters the ring opposite Floyd Mayweather on August 26, and he’s leaning on the philosophy of one of the greatest martial artists of all time to help him.

McGregor has yet to box as a professional, and the undefeated Mayweather is widely regarded as one of the greatest fighters to ever compete.

But McGregor isn’t worried — far from it, in fact. On Wednesday, McGregor appeared on “Conan” and opened up about his strategy for the bout, citing one inspiration in particular: the great Bruce Lee.

“I will go in and dismantle [Mayweather] at his own game. That’s what a true martial artist can do — they can adapt under any circumstance,” he said. “Bruce Lee said, ‘Be like water.’ When water enters a cup, it becomes the cup. That’s the philosophy I have going into this contest. It doesn’t matter what rule set or stipulations they try and put on me. I can adapt and overcome any situation.”

Lee, a cultural icon of the 1960s and ’70s, is considered to be one of the most influential martial artists who ever lived. He first gained fame as a teacher and competitor before transitioning to a Hollywood film career that provided a massive popularity boost to martial arts, both in the United States and around the world.

But Lee’s won’t be the only philosophy that McGregor employs during the fight — he also plans on drawing from his own experiences in the UFC. The 29 year old may be best known for his brash personality and mastery of self-promotion, but he’s also won fans with his aggressive fighting style and devastating left hand.

Check out McGregor’s full exchange with Conan O’Brien below.