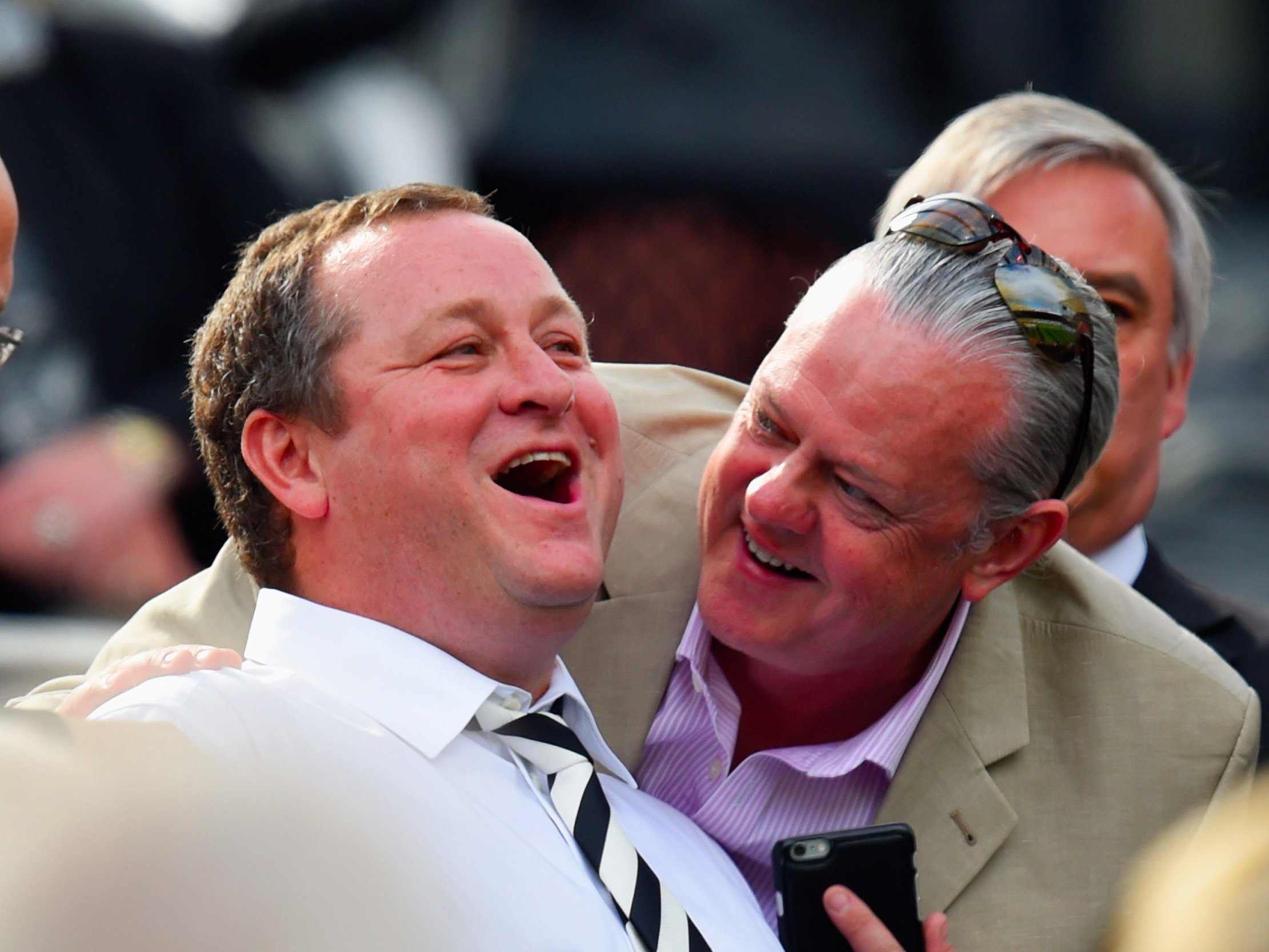 Back in 2013, Mike Ashley had a drink with Jeff Blue, a former Merrill Lynch banker, and three other bankers from Espirito Santo, according to The Times. During that two-and-a-half hour session in the Horse and Groom pub in Great Portland Street, London, Ashley allegedly promised to pay Blue £15 million if Blue could persuade The City not to be hostile to Ashley’s company, and if its stock would rise from £4 to £8 a share.

The stock did eventually hit £8, and now Blue is suing Ashley to get the payment he claims he is owed, The Times reported.

A rise to £8 would have increased the value of Ashley’s ownership stake in Sports Direct by £1.6 billion. Blue, who left Merrill in 2007 and became Sports Direct’s “strategic development director” in 2012, was tasked with trying to repair Sports Direct’s image in The City. Merrill Lynch, Citibank, Deutsche Bank, Goldman Sachs, Jefferies, JP Morgan and Nomura had all “blacklisted” Sports Direct due to its reputation, Blue claims in his lawsuit:

According to the High Court claim, the retail billionaire agreed to pay Mr Blue if he could double Sports Direct’s share price from just under £4 to £8, increasing the value of Mr Ashley’s stake by about £1.6 billion.

In Mr Blue’s account of the deal, which is contested by Mr Ashley, it was claimed that the Sports Direct founder said: “What should I do to incentivise Jeff? If he can get the stock to £8 per share why should I give a f**k how much I have to pay him […] I will have made so much money it doesn’t matter.”

Initially, Mr Ashley proposed £10 million, but after Mr Blue pointed out that £8 a share was a “high target” he agreed to a fee of £15 million, the document says. Three bankers from Espirito Santo were there when the pact was struck, with one said to have suggested that £20 million would be more appropriate.

Ashley denies the claims, but admits “a considerable amount of alcohol” was drunk that night.

Here’s a gif of a previous occasion when Ashley drank some alcohol: