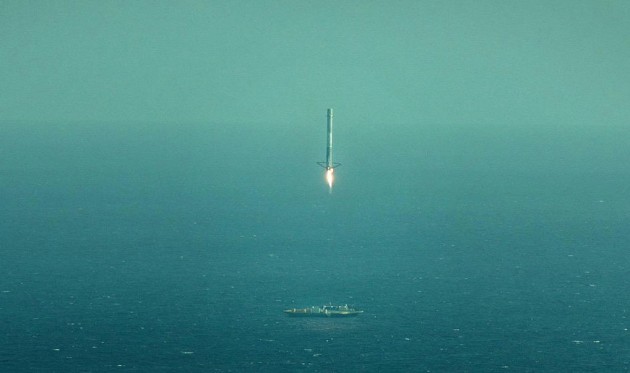 As if landing a reusable rocket on flat ground wasn’t hard enough, SpaceX says it wants to repeat the trick by doing the same thing—but on a floating barge. A launch has been set for Jan. 17.

The private space company has attempted to land rockets on floating drone ships before, but each of its previous attempts have ended in failure. Not only does SpaceX need to account for wind speeds and a much smaller landing area, but the floating barge is continuously moving, making a landing very difficult to pull off. Following last December successful launch, however, SpaceX appears confident.

It may seem silly for SpaceX to continuously attempt to land its rocket on a floating barge when it can very clearly land its Falcon 9 on land. But certain criteria for missions means in order to land where it took off, it often needs to use a lot of extra fuel, which makes the price go up. Landing its rocket on an ocean barge (and retrieving it later) is more cost-effective, which is why SpaceX is so eager to make it work.

For followers of the space industry, reusable rocket technology is a very big deal. Not only does it mean we can more frequently send satellites and people and rovers into space, but we can do so at a quarter of the cost.

Sending objects into orbit has always been astronomically expensive, but with reusable rockets, companies like SpaceX are now in the position to cut costs significantly—costs will no longer hinder NASA’s insatiable thirst to explore the far reaches of space. And it could mean we go to Mars sooner rather than later.

The Jan. 17 launch will be a huge test for SpaceX, especially after successfully landing its Falcon 9 in December. Doing so on a floating barge has been a tricky prospect for the company thus far, but it’s not giving up hope, and neither are we.