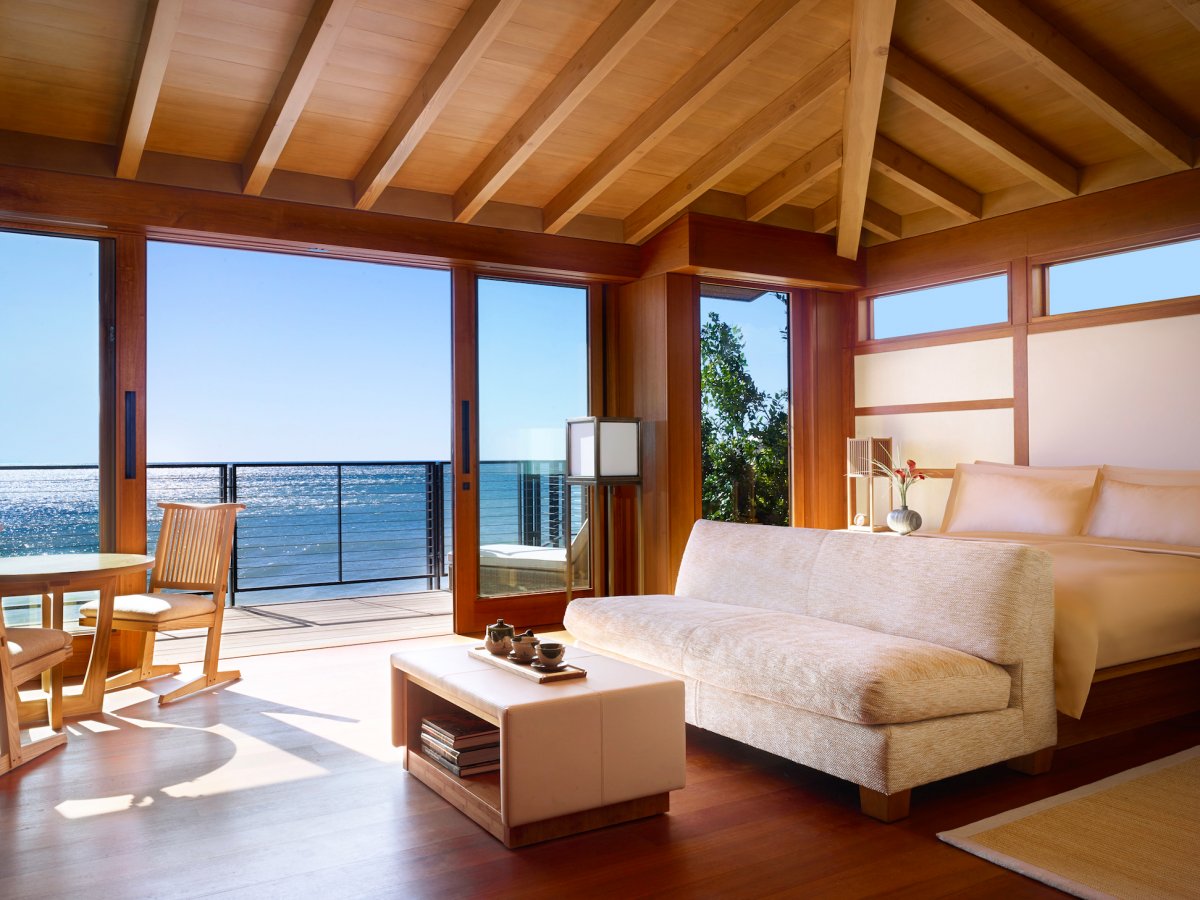 Ten years after he bought the beachfront Casa Malibu Inn for $20 million, Oracle founder Larry Ellison is just about ready to unveil the first in a new group of ultra-high-end luxury retreats.

It’s the first in what is being called the Nobu Ryokan Collection, a new group of luxury retreats in exotic destinations around the world, created by Ellison and the creative minds behind the Nobu restaurants.

The experience, which is modeled after a traditional Japanese inn, won’t come cheap — according to Curbed, rooms will start around $1,100 a night, though that rate could go up to $2,000 during “preferred” times.

Let’s take a look inside the hotel, which opens April 28.