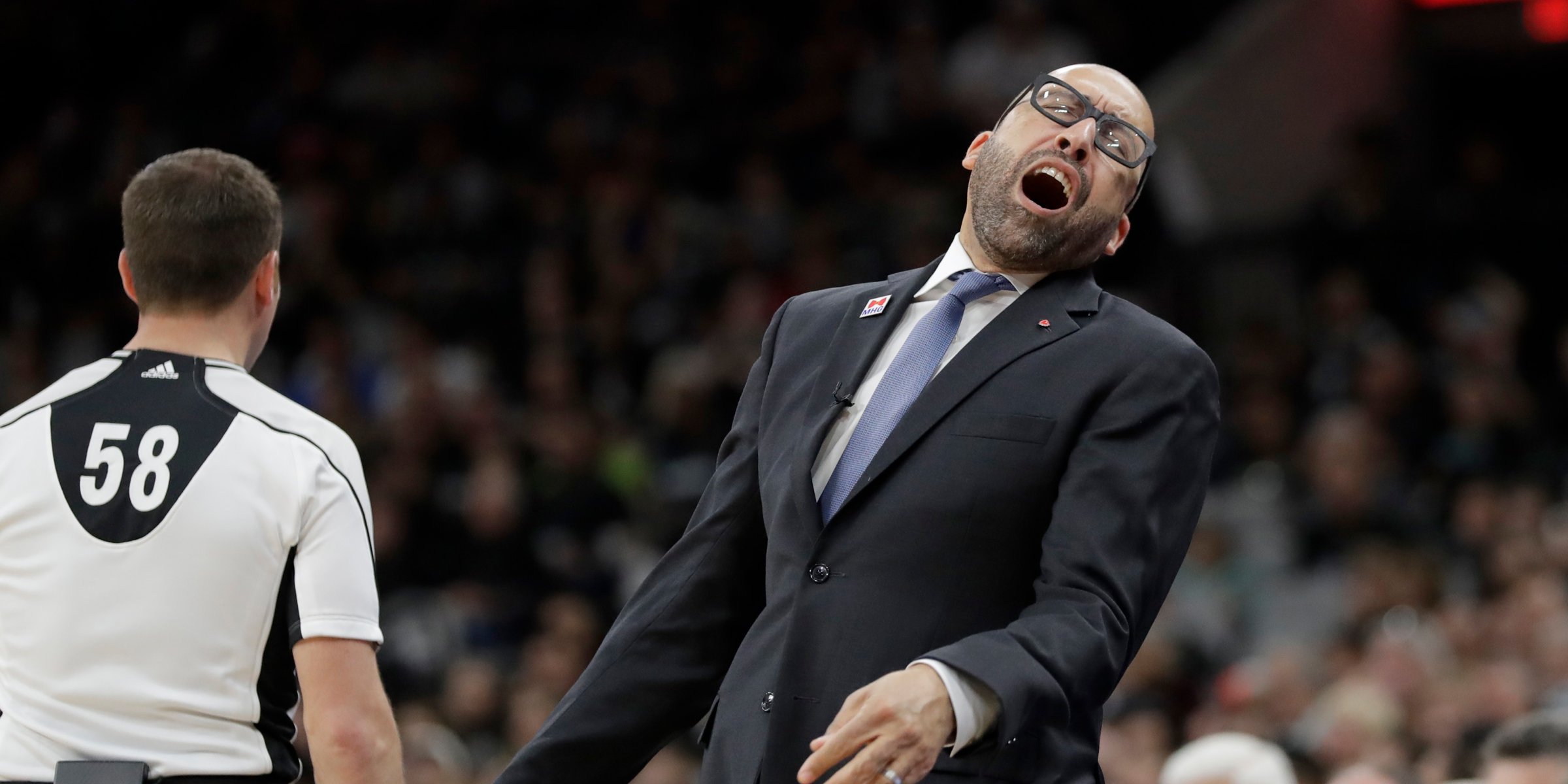 Just as Memphis Grizzlies coach David Fizdale had his players’ backs when he blasted officials after a Game 2 loss to the San Antonio Spurs, Grizzlies players have his back.

On Wednesday, Fizdale was hit with a $30,000 fine from the NBA for criticizing officials for the free-throw discrepancy between the Grizzlies and Spurs.

Fizdale unleashed one of the all-time great postgame rants, claiming the officials “won’t rook us” and concluding his press conference with “Take that for data!” after breaking down the numbers.

According to Ronald Tillery of Memphis Commercial Appeal, Grizzlies players appreciated Fizdale’s support so much that they are going to reimburse him for the $30,000 fine.

re: Fizdale rant/fine: Mike Conley sent Fiz a ‘Thank you’ text Tuesday at 4 am, and said players will collectively reimburse Fiz.

It’s unclear why the text came at 4 a.m., but nonetheless, players appreciated Fizdale’s message. Tillery added that Conley’s text was on behalf of all of the players.

Practice – Griz coach David Fizdale said he expected fine. “Obviously, I was set on getting the point across.”

Fizdale: Coaches pull this card a lot. I’m not more original than any other coach. You’re fighting 4 your team and your life in the playoffs

Free throws will be a major focal point in Game 3 on Thursday. But even if Fizdale’s comments don’t change the officiating, at least he won’t have to pay for the entire fine himself.