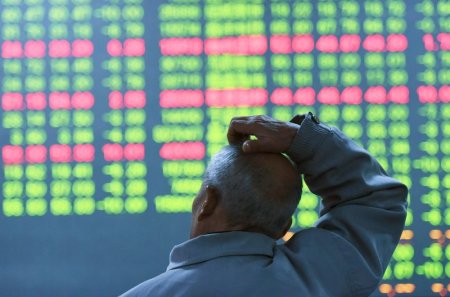 (This Jan.15 story corrects paragraph 9 to show $5 trillion has been wiped off the capitalisation of Shanghai and Shenzhen markets combined (not only Shanghai))

SHANGHAI (Reuters) – A Chinese government campaign to restore confidence in the country’s volatile stock markets appeared to be in tatters on Friday as the benchmark Shanghai index wiped out all the gains made since the depths of last year’s crash.

Among a flurry of measures, a so-called national team of institutional investors had promised last summer to buy and hold stocks on the index until it returned to 4,500 points – a level which at the time was considered in reach.

However, the Shanghai Composite Index – the most closely watched by Chinese investors – fell through the lows seen during the depths of last year’s crash and closed on Friday at 2,900 points – its weakest level since December 2014.

“What hope is left in the stock market? Regulatory incompetence is creating starvation!” wrote one blogger posting as “Song Jiliang” on a microblog service.

The CSRC did not discuss Friday’s stock market performance during a regularly scheduled press conference and it did not take questions from reporters.

Emailed requests for comment on the future of Xiao Gang – who faced internal criticism last year from the Communist Party over his handling of the stock market slump – were not answered. Calls to CSRC after business hours were also not answered.

More than $5 trillion has been wiped off the capitalization of the Shanghai and Shenzhen stock markets since they peaked in June 2015 – more than Japan’s GDP.

Many retail investors have fled the market already, buying into the perceived safe-haven of gold, bonds and U.S. dollars.

Others told Reuters they would not put their faith in future government bailouts; one investor surnamed Liao in Guangdong said she will only buy back into the market when it falls to 2,500 points.

A Reuters analysis showed that at one point China had enlisted $800 billion worth of public and private money to prop up share prices.

The central bank cut interest rates and bank reserves. A national team of major institutional investors committed to buying shares and major stakeholders were prevented from selling for six months.

China also applied a mixture of political carrots and sticks. Retail investors were rallied to “defend the stock market” from what were frequently painted in domestic media as nefarious foreign forces.

The government also suppressed trading in futures and derivatives markets, and conducted what many fund managers complained were campaigns of intimidation against traders, both foreign and domestic.

The experience may have soured relationships between China’s legions of finance professionals – supposed to play a key role in rationalizing the country’s clunky capital markets – and their regulators for some time to come.

Some high-ranking brokerage executives were charged with insider trading and market manipulation.

But most importantly, regulators came together to promise a potent policy mixture that would revive economic growth through a combination of monetary easing and institutional reform.

“(The crash) is evidence of a failure of intervention, but it is mainly evidence that the government didn’t do what it said it would do,” said Oliver Barron, an analyst at NSBO research in Beijing.

He said China has not implemented any significant market reforms since September and it has yet to rejuvenate economic growth. Indeed, GDP figures due for release on Tuesday are expected to show the weakest economic growth since the global financial crisis.

“Beijing did buy shares, but they are short on market reform, short on pro-growth policies and we are short on monetary easing, which are the three things that could drive the market higher.”

Analysts said the yuan’s sharp depreciation has encouraged capital to not only move out of Chinese stocks, but out of China. Since an unexpected devaluation in August, the yuan has fallen some 5 percent against the dollar and spurred capital outflows.

Barron and others said central bank data also suggested the national team may have sold some stock in November and December as the Shanghai index struggled to hold above 3,500 points.

Signs that Beijing may replace a key cabinet official to help fight the market turmoil points to a top leadership increasingly concerned the government is losing its grip on the market.

Some retail investors are also looking to slake their taste for bureaucratic blood.