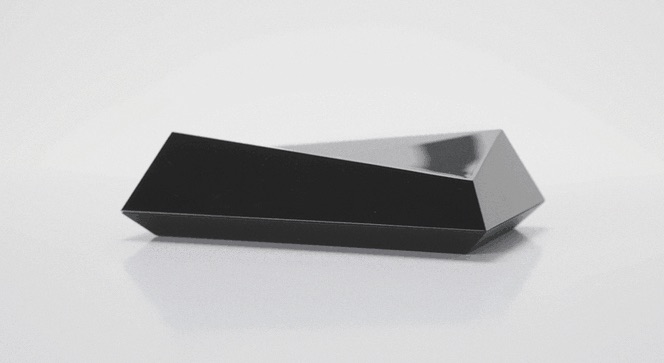 TVs keep getting smarter, but smarter doesn’t always mean better. Now one company is trying to bring a feature we’d actually want to our television sets with a new Kickstarter campaign. This is Blipcast and it’s pretty cool.

Blipcast sends sound wirelessly from the TV to your smartphone so you can listen with headphones. It works with any old pair of headphones you have on hand as long as they’re plugged into an iOS or Android device. The entire system is simple to use so you can skip the hassle and just watch TV without annoying your roommates or family members.

The device itself is a small black box with a modern angular design. It’s small enough to hide behind your TV, but it should also look good sitting in plain site. It connects to the TV via 3.5mm audio jack or the RCA ports on older models, and draws power with USB power cable that can plug into your TV as well.

You’ll also need to download the app for iOS or Android. It features a simple interface with volume controls and a stop button. You can also switch between multiple Blipcast units set up around the house.

There are few similar solutions already out there, though none can match everything this device has to offer. Roku includes an audio jack in some of its remotes, and the PS4 controller also includes a port for plugging in your headphones. That’s great if you’re alone, but Blipcast lets multiple people listen in at once by connecting to your Wi-Fi network.

Blipcast needs to raise $100,000 to succeed, but the company has even bigger plans. If it manages to hit $300,000 you may also be able to use the technology in public places like the gym or a doctor’s waiting room.

You can pre-order Blipcast on Kickstarter for as little as $79 (down from the $99 planned retail price), though it won’t actually ship until November. Considering that long runway delays seem unlikely, and the company’s already assembled an experienced team to get the job done. The greater risk is that by the time your Blipcast arrives new TVs will already offer the same feature built-in, but at least this way you won’t have to upgrade your current set just to keep up.