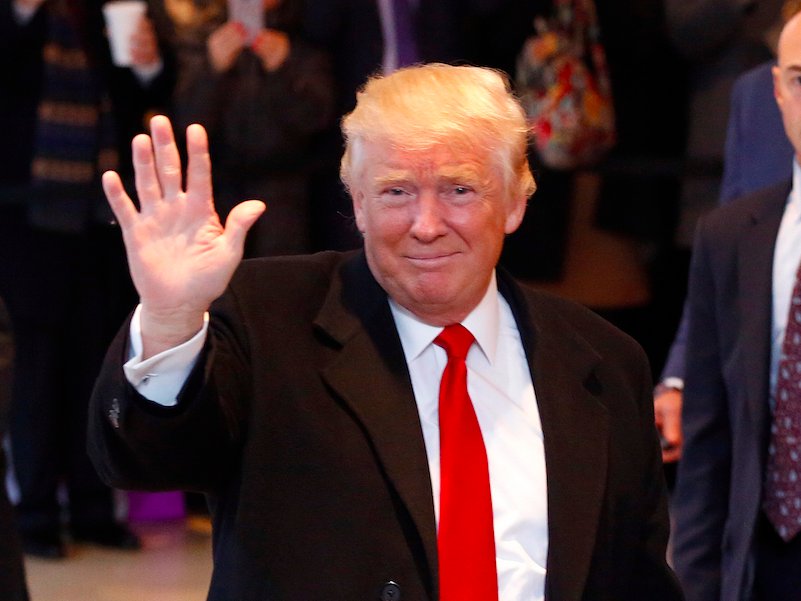 It comes almost two weeks after the company’s cofounder and CEO Peter Smith told Business Insider the company would “pretty easily” have its biggest ever month for activity in November, following a surge in use after Donald Trump’s shock election victory in the US.

He told BI shortly after the election: “People are basically hedging against economic instability. It’s a worrying time to be holding a lot of British pound or if you’re America — people flee to safe haven assets. Bitcoin is one of those.”

Smith says in an emailed statement on Wednesday: “Hitting this milestone at this particular moment isn’t a coincidence. In the wake of the Brexit vote, the US Presidential election and a weakening Yuan, we have seen unprecedented levels of activity and transaction on our platform, which further suggests that people are embracing the need for a more globally accessible currency system, and one that does not exclude over one-third of the world’s population.

“We are excited to play such an important role in powering the world’s shift to a more open, fair and accessible financial system.”

Blockchain lets people download software onto their computer that lets them open a digital wallet to store cryptocurrency bitcoin. The wallet, which lets people store their own bitcoin rather than hold it with Blockchain, can also be used to pay for things using bitcoin.

Blockchain employs around 25 people in London but also has offices in Luxembourg and New York. The company is the world’s biggest provider of digital wallets for bitcoin, with over 50% market share, and processes over 150,000 transactions a day on average. It has raised over $30 million (£23.9 million) to date.