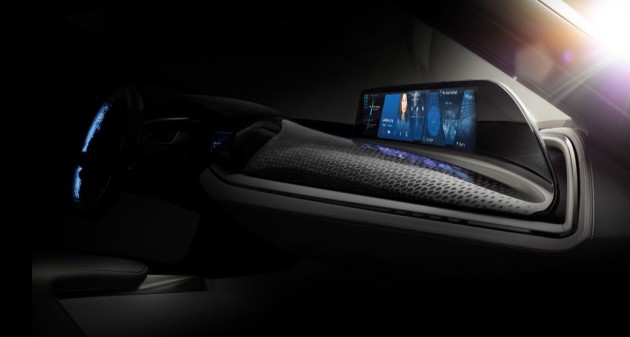 Last year, during CES, BMW showed off a new Gesture Control technology that eventually made its way into the company’s high-end 7 Series cars. This year, BMW says it’s going to show its new AirTouch technology, which will allow drivers and passengers to control the in-car infotainment system using gestures and a contactless touchscreen.

You might, for example, use AirTouch to flip through a music selection or browse destinations on a map, all using gestures in front of the infotainment control panel. Here’s how BMW describes the technology:

AirTouch allows the display in a vehicle to be operated like a touchscreen without actually having to make contact with the surface. Sensors record the hand movements in the area between the central console and the interior mirror. This enables drivers or passengers to change the focus on the surface of the large panorama display. Simple confirmation selects the relevant menu item or activates an icon.

A selection can then be made using either a button on the steering wheel or near the passenger’s door. BMW hopes the technology will allow the driver to concentrate more on the road instead of on his or her car’s infotainment system.

We’ll be sure to find the AirTouch demonstration and check it out during CES.