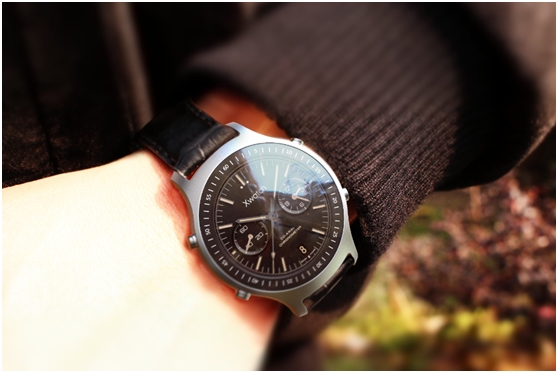 There are plenty of Android Wear devices to choose from, but an upcoming model out of China may be the one worth waiting for. AndroidHeadlines reports that the Bluboo Xwatch could offer premium hardware at an affordable price when it launches in February.

We haven’t heard much about Bluboo before, it’s a relatively unknown firm that sells a family of budget-friendly smartphones. Now its first smartwatch looks poised to break into the mainstream market. The Xwatch allegedly packs a round display, four physical buttons and a metal frame that’s just 9.8mm thick (thinner that the Apple Watch and the Moto 360).

The new smartwatch apparently comes equipped a 1.3-inch 360 x 360-pixel display, 4GB of storage, 512MB of RAM, a dual-core processor from MediaTek and a 480mAh battery. It also features built-in GPS, along with sensors for measuring your heart rate and altitude.

It’s still unclear exactly when the Xwatch will launch or how much it will cost. AndroidHeadlines seems confident the device will be available around the world early next year, though we wouldn’t get too excited until the company makes an official announcement.