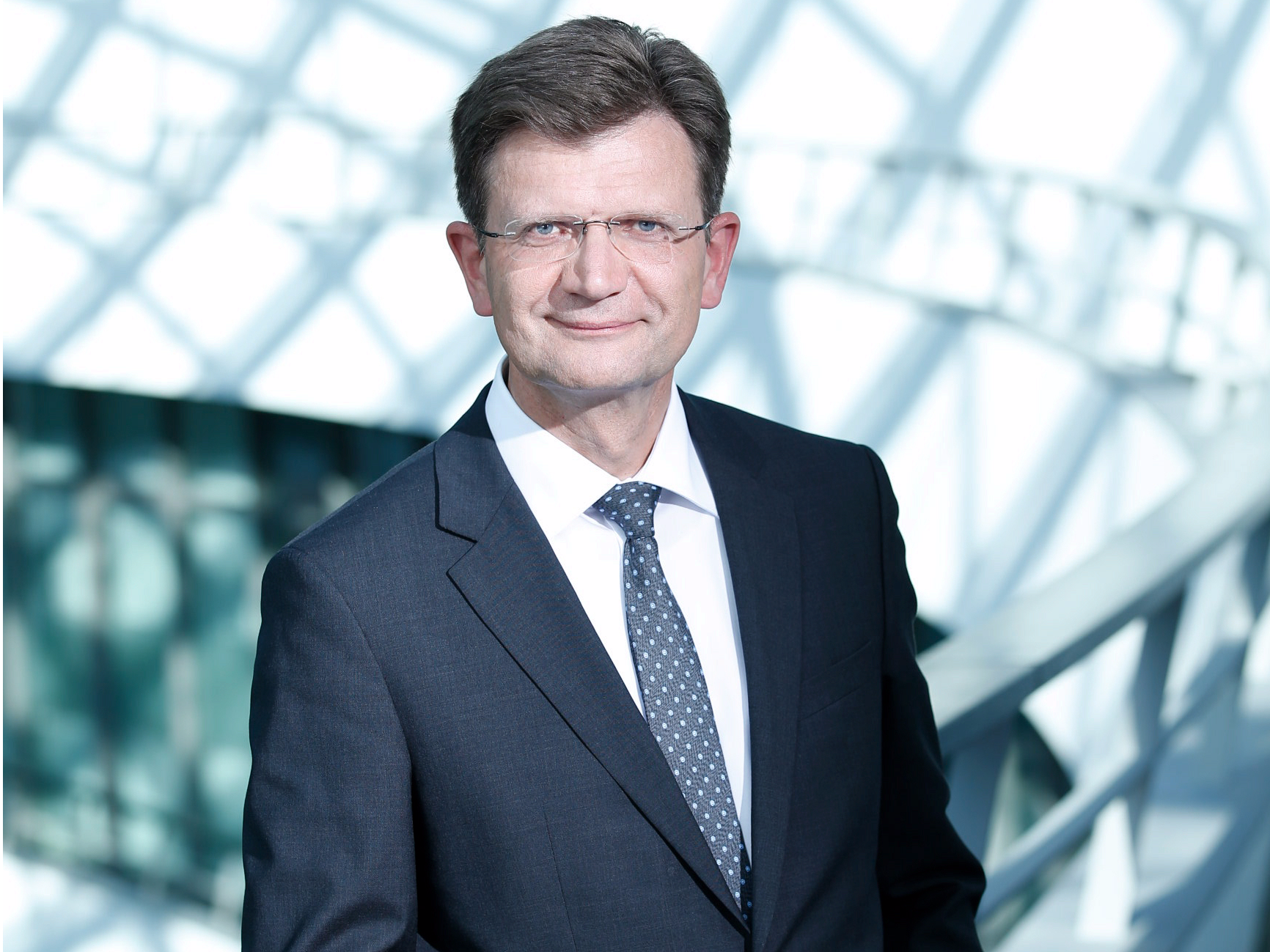 2015 Car of the Year Finalist: The BMW 7 Series is a high-tech masterpiece

Ford is making a big play in self-driving cars

BMW is a company known for pushing the boundaries of automotive technology.

At the same time, BMW has spent decades cultivating its reputation as the ultimate purveyor of old-school driving fun.

It’s a delicate balance that the company has to main between the new and old.

The company’s M3 sports sedan is still the benchmark to which all cars in the segment are compared.

While BMW’s stunning i8 hybrid sports car features one of the most technologically advanced drivetrains on the market today.

One of the men trusted to push BMW into the future is the company’s head of research and development, KlausFröhlich.

Mr. Fröhlich is one of the driving forces behind the latest iterations of BMW’s award-winning M3, M5 and all-new 7-Series cars — plus the new M2 sports car, which will debut at the Detroit Auto Show next week.

Business Insider sat down with Mr. Fröhlich ahead of the this year’s Consumer Electronics Show in Las Vegas.

Here’s a few takeaways from our chat:

On how technology will impact the future of BMW:

“In the next five years, our R&D has to transition from mechanical engineering to that of a tech company,” Fröhlich told Business Insider.

According to Fröhlich, BMW’s current research and development is comprised of 75% mechanical and 25% electronics. But Fröhlich believes that this ratio has to move to 50-50 within the next five years.

“The footprint of our company will change dramatically,” he added. On what happens to the “Ultimate Driving Machine” when customers no longer need to drive:

Fröhlich believes autonomous driving is all but inevitable.

In fact, regulations may one day force cars to be autonomous under certain road conditions, Fröhlich said. For instance, European regulators already require the installation of assisted braking on road cars.

However, the BMW R&D boss believes there will always be people who want to drive. This is especially true in the premium sector of the market, where there are fewer people who simply want a driverless pod.

The reality is that people will more than likely mix traditional and self-driving, Fröhlich said. “People will drive until they reach a town and then hit a button to switch over to autonomous mode required by regulation.”

On the role artificial intelligence will play in BMWs:

“They’re already there in our cars,” Fröhlich said. “But not in the magnitude that we would like to have it.”

“Artificial intelligence and robotics are key elements to autonomous driving.”

According to Fröhlich, autonomous driving requires a extraordinary amount of data and for the machine to understand and comprehend minute shifts in road conditions.

“For instance, when you drive up to an intersection,” Fröhlich said.”You look out of the corner of your eye and you immediately know what you see is a human being and not a balloon.”

“The sensors on the car sees only geometry,” he added. ” There needs to be a large amount of machine learning in order for the car to understand what it is seeing.”

In the future, Fröhlich would like his cars to be able to mimic the sensory and perceptive nature of humans. “Perhaps in the future, the car will learn to perceive if a person is behaving as if he is drunk.” On the role the “cloud” will play in future driving:

“Although some of the machine learning will have to be done in the car, much of it will be cloud,” Fröhlich said.

“For example, if I live in Las Vegas and I want to drive to Los Angeles, my car receive all of the data analyzed by the thousands of BMWs in LA and transmitted to the cloud,” he said.

On what the future sports car will looks like:

“All sports cars in the future will be internal combustion and electric hybrids,” Fröhlich said. “Because the energy density of the batteries will be so good that the battery’s weight disadvantage will disappear.”

“Especially for sports cars, the torque on electric motors are so quick to react that if you use brake vectoring, you do it in milliseconds,” he added.

On why true sports cars in the future will not be battery electric vehicles:

“A battery electric sports car doesn’t make sense,” Fröhlich said. “An electric vehicle relies on your average energy consumption and if you take on a track like the Nurburgring, you are looking at maybe one lap before you have battery degradation.” “Electric sports cars are quick and dirty show pieces, but a real sports car will need some kind of internal combustion power reserve for a long time foreseeable future.”

Fröhlich did say, however, that the naturally aspirated V8 and V10 engines may soon disappear into the shadows as smaller turbocharged engines take pole position. This is a trend that BMW and other manufacturers have been capitalizing on in the past few years.

One reason for this change, according to Fröhlich, is the fact that smaller engines reduce the amount of weight on the front wheels, which improves the car’s overall handling.

NOW WATCH: BMW made the first hybrid you won’t be embarrassed to be seen driving