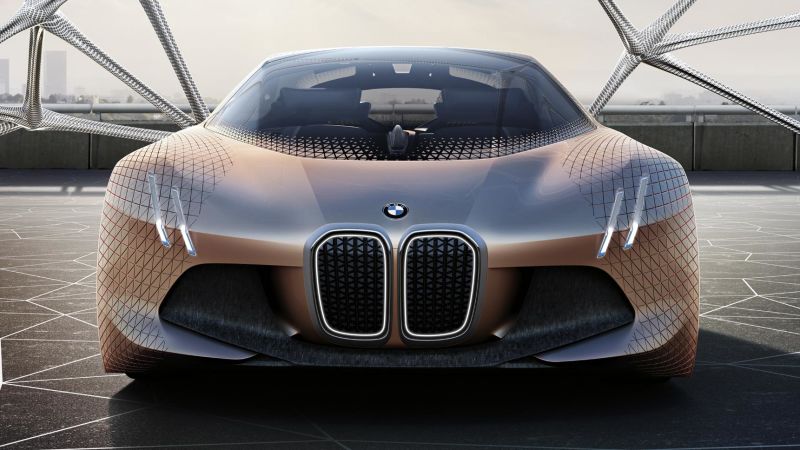 I have to hand it to BMW. In celebrating its 100th birthday, the brand could have easily cranked out some retro roadster or sedan concept. As cool as that would have been, I like what it did instead: looking to the far future of cars and driving. Meet the BMW Vision Next 100 Concept.

Starting with a special event in Munich today, BMW is unveiling the first of four concepts for each of its four brands—BMW, Mini, Rolls, and motorcycles—that showcase some wild dreams of tomorrow. Those cars will be shown at global events later this year, but the BMW concept is here now.

So what the hell is this thing? Like the cars of the future will be, for better or worse, it can switch between autonomous and human-driven modes. (At least the second one is an option.) Those modes are called Ease and Boost, respectively. The interior controls transform to meet the needs of each mode.

Boost is interesting because it takes the whole “Ultimate Driving Machine” thing to the next level by using augmented reality to help the driver become the best driver they can be. The car shows the ideal racing line, steering points and speeds, BMW says. In Ease, the car is completely self-driving.

Then there’s the “skin” of the car. As Top Gear explains, inside the triangular “scales” turn red to warn the driver of upcoming hazards, and as the front wheels turn, the bodywork wrapped around them stretches and contorts.

I don’t know how much better that would be than conventional wheels and tires, but it’s neat to look at and think about.

Obviously, it’s not meant for production—a lot of this technology has to be invented first before that can happen. But as tends to happen with BMW concepts, it could preview some future design. It’s easy to imagine this sleek four-door setup in a BMW i5 or something similar.

I’m intrigued by it. Can’t wait to see the other 100th birthday concepts, too.