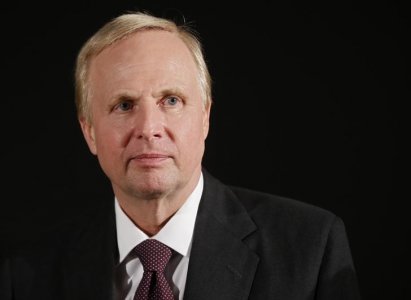 By Dmitry Zhdannikov and Ron Bousso

BP has slashed thousands of jobs and sharply cut investments over the past year in the face of the market downturn, while reaching a landmark $20 billion settlement to resolve most claims from its deadly 2010 Gulf of Mexico oil spill.

Dudley’s pay has risen steadily since he took office following the spill and has become a regular point of tension with shareholders. The firm’s annual shareholder meeting is scheduled for April.

Last month BP reported a $6.5 billion loss for 2015 as its underlying replacement cost profit, its definition of net income, dropped to $5.9 billion in 2015 from $12.1 billion the previous year.

BP argues it needs to remain competitive and its remuneration is lower than most U.S. rivals.

In its annual report on Friday, BP said executive directors received no increase in base salary in 2015 and that senior leadership would not see salary increases this year either.

Dudley’s total pay was boosted by a payment to his U.S. pension scheme and that rise stems from deferred bonus payments, the company said.

“The oil price is outside BP’s control, but executives performed strongly in managing the things they could control and for which they are accountable. BP surpassed expectations on most measures and directors’ remuneration reflects this,” Dowling said in the report.

BP said that while industry costs had come down sharply following the near 70 percent decline in oil prices over the past 20 months, “this will be a tough period of intense change for the industry as it adapts to this new reality.”

BP has said it expects oil prices to remain low in the near term.

“We anticipate that all the actions we are taking will capture more deflation and drive the point of rebalance to below $60 per barrel,” he said.

BP’s oil and gas proved reserve replacement ratio dropped for a second year to 61 percent, compared with 63 percent in 2014, indicating that the company has not discovered or acquired sufficient reserves to offset production and the natural decline of wells.

The fall was due to a low number of final investment decisions adding new projects and reduced activity in Alaska and the U.S. Lower 48″ states, BP said.