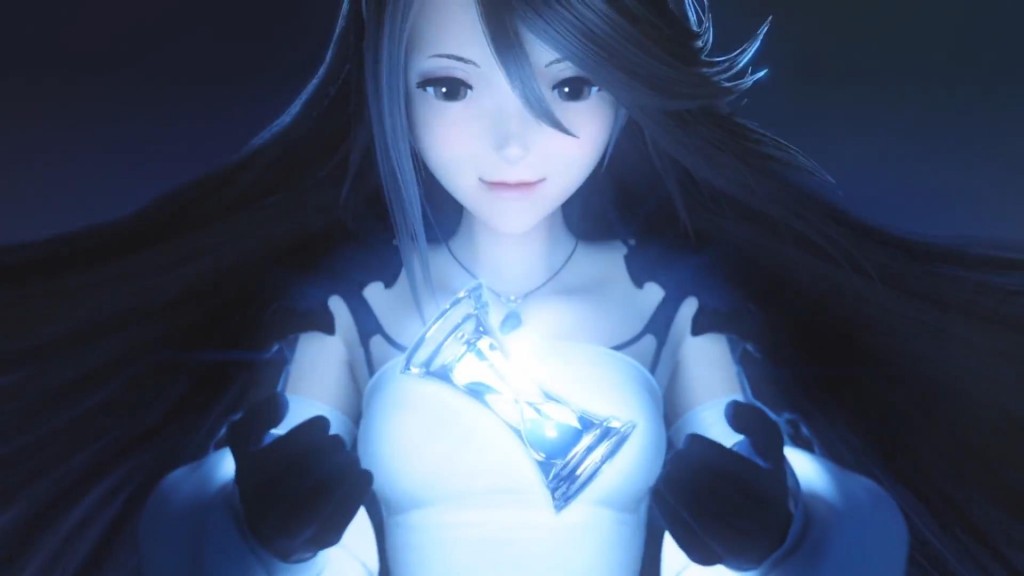 Bravely Default had a spectacular demo, one of the best and most convincing of all time if my memory serves me correctly. It provided a unique adventure not present in the main game, an introduction to our new heroes, a brief glimpse into the game’s job system, secret ultra boss battles, and, most importantly, incentive to carry over items and experience into the main game.

Even if Bravely Default was a bad game, which it totally isn’t, Square Enix would have still succeeded in creating a brilliant three hour JRPG.

And now comes the chance to follow up big! Square Enix and Nintendo are providing a monstrous amount of free content through the demo of Bravely Second: End Layer. At ten hours long, the demo is longer than most full releases nowadays, and it has even earned the right to score its own sub-title, Bravely Second: Ballad of the Three Cavaliers. The publishing pair have released a new trailer for the European fans who are already playing it, explaining everything that they can toy with and experiment with in the demo.

The demo stars new protagonist Yew Geneolgia, a member of the Three Cavaliers, and his two comrades-in-arms, Janne Angard and Nikolai Nikolanikov. They are joined up by the franchise’s new leading lady, Magnolia Arch, to undertake a mini mission involving a kidnapped child. From there, the demo becomes a playground to explore and a tool bench to experiment with the mechanics.

Again, there are ten hours of content here for those willing to go digging. That’s probably about a quarter of the length of the actual game.

Bravely Second: End Layer will release on Nintendo 3DS on April 13, and the demo has not yet been confirmed for North America. The game will be available this Friday in Europe, and the demo can be played now. Lucky…