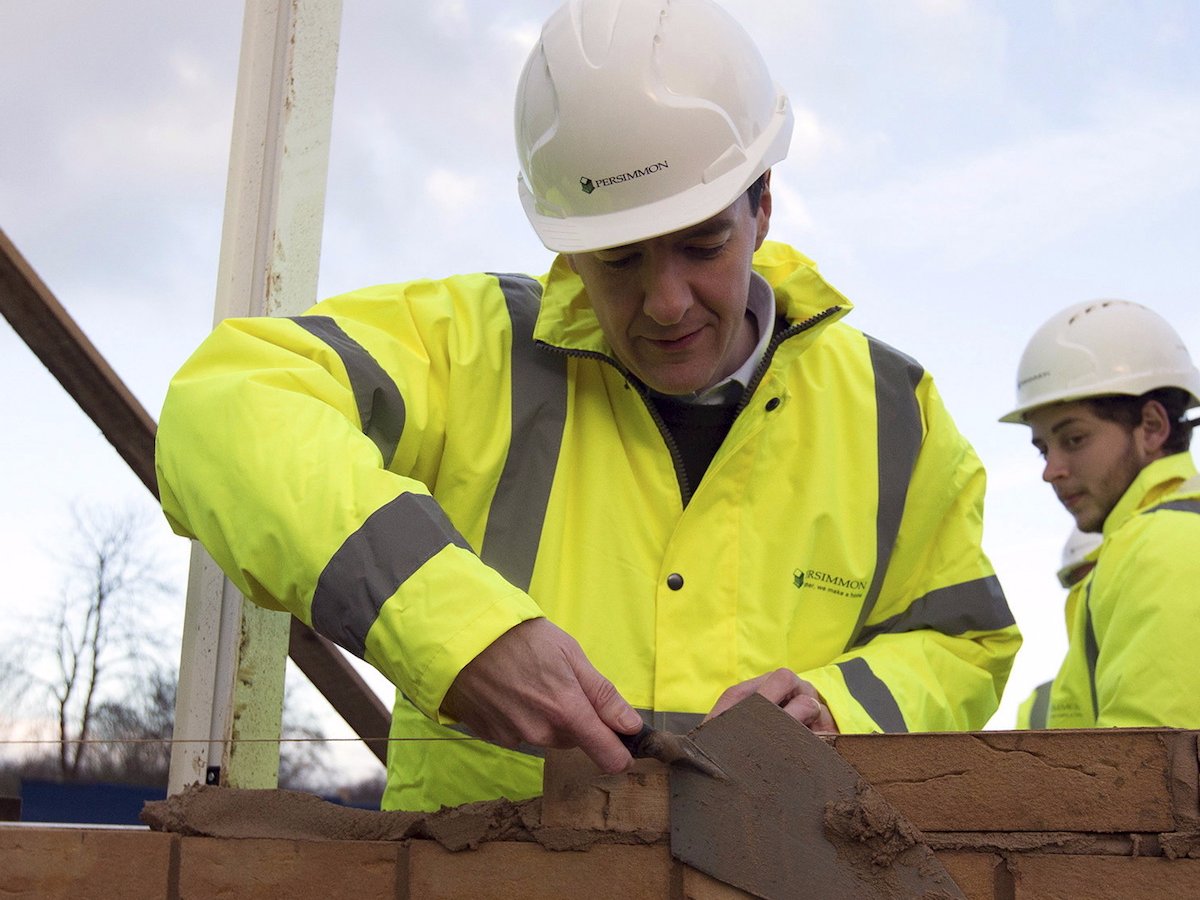 Former Chancellor of the Exchequer George Osborne lays a brick during a visit to a housing development in South Ockendon in Essex, Britain November 26, 2015Reuters / Carl Court

LONDON — Demand for small-scale building work and home improvements is increasing across the country despite continuing uncertainty over the impact of Brexit on the UK’s consumer spending.

A quarterly survey from the Builders Merchant Federation reported in the Financial Times found that current and expected workloads for builders have increased in all UK regions in the first three months of the year.

Growth was particularly strong in the east and north-east of England, where a net 37% and 36% of builders respectively reported an increase in the first quarter.

A net 29% of builders in London said their workloads were increasing.

The robust growth indicates a far more positive sentiment than in the last three months of 2016. Just 4% of builders in east England reported workload growth in the final quarter last year, while workloads in the north-east decreased by a net 3%. London builders reported a net 14% increase.

The survey is the latest indication that Britain’s economy has proven more resilient in the run-up to Brexit than many economists predicted.

PMI figures from IHS Markit published earlier in May showed Britain’s construction sector unexpectedly accelerating in April, coming in at 53.1 for the month of April.

That figure was up from the 52.2 reading in March, and well above the 52 forecast by economists prior to the release.

NOW WATCH: This tiny pop-up home can be built in just three hours and costs around £950