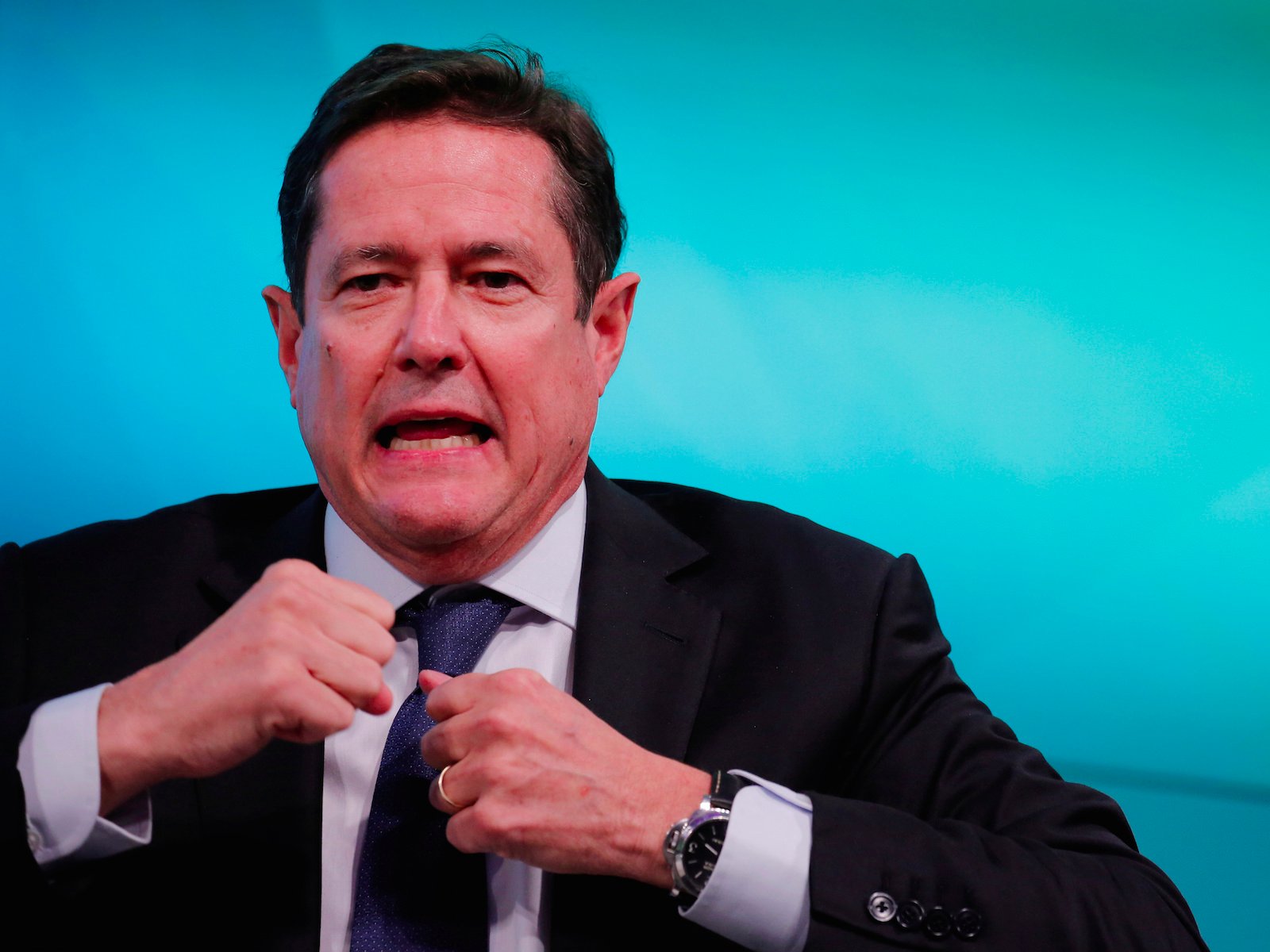 Jes Staley, the CEO of one of the biggest banks in the world, Barclays, was tricked into an email exchange with someone pretending to be the bank’s chairman, John McFarlane.

A prankster, who is reportedly a disgruntled customer, used a Gmail account to hold a brief exchange with Staley shortly after the bank’s AGM on Wednesday.

The trick was relatively crude. The emails even contained a poem that spelled out “whistleblower” when looking at the first letters, referencing the controversy over Staley’s handling of a recent whistleblower case at the bank. Staley still responded thinking he was talking to the chairman.

The emails were first reported by the Financial Times. Barclays declined to comment but provided confirmation to Business Insider that the email trail was accurate.

Staley and Barclays are the subjects of investigations by the UK’s Financial Conduct Authority and Prudential Regulation Authority over an incident where the CEO tried to unmask the identity of a whistleblower who wrote two anonymous letters about the conduct of a senior executive he hired. He apologised to shareholders again at Barclays’ Annual General Meeting for the incident.

Staley received an email from someone who he thought was Barclays Chairman John McFarlane at 8.47 p.m. BST (3.47 p.m. ET) on Wednesday, shortly after the AGM.

In fact, it was just a disgruntled customer using a Gmail address with the username john.mcfarlane.barclays. The person sent an email with the subject title: “The fool doth think he is wise.”

The email prankster criticised an individual shareholder who called for Staley to resign — Michael Mason-Mahon. The imposter said Mason-Mahon was “as brusque as he is ill-informed” and said he and Staley would work together to make sure Staley is not forced out. The email ended: “Surely the fickleminded nature of the angry few will help tie up any loose ends. You owe me a large Scotch.”

Staley’s response shows he thought he was talking to the real chairman. Here are the highlights:

“You are a unique man, Mr McFarlane.

“You came to my defense today with a courage not seen in many people. How do I thank you? You have a sense of what is right, and you have a sense of theatre. You mix humor with grit. Thank you John. Never underestimate my recognition of your support. And my respect for your guile.”

“And some day I want to see an ad lib guitar run. You have all the fearlessness of Clapton.”

The mention of “Clapton” is related to the legendary guitarist Eric Clapton and acknowledges McFarlane’s penchant for playing guitar in public meetings.

The final email in the brief exchange was sent around 11 p.m. BST by the anonymous prankster. It included the following poem:

“Worry not of tomorrow’s end

“Hurry not towards falling trees

“Ignore at once, the jesters dance

“Take down the mighty route of ills

“Lest not make a scratch in time

“Left, oh left, in such a state

“Over crests and furrowed field

“Revel in their bloodied eyes.”

Staley just replied with: “Thanks for sharing the foxhole.” What he did not acknowledge was that the first letter of each line in the poem spelled out the word “whistleblower.”

You can read the email transcripts here.