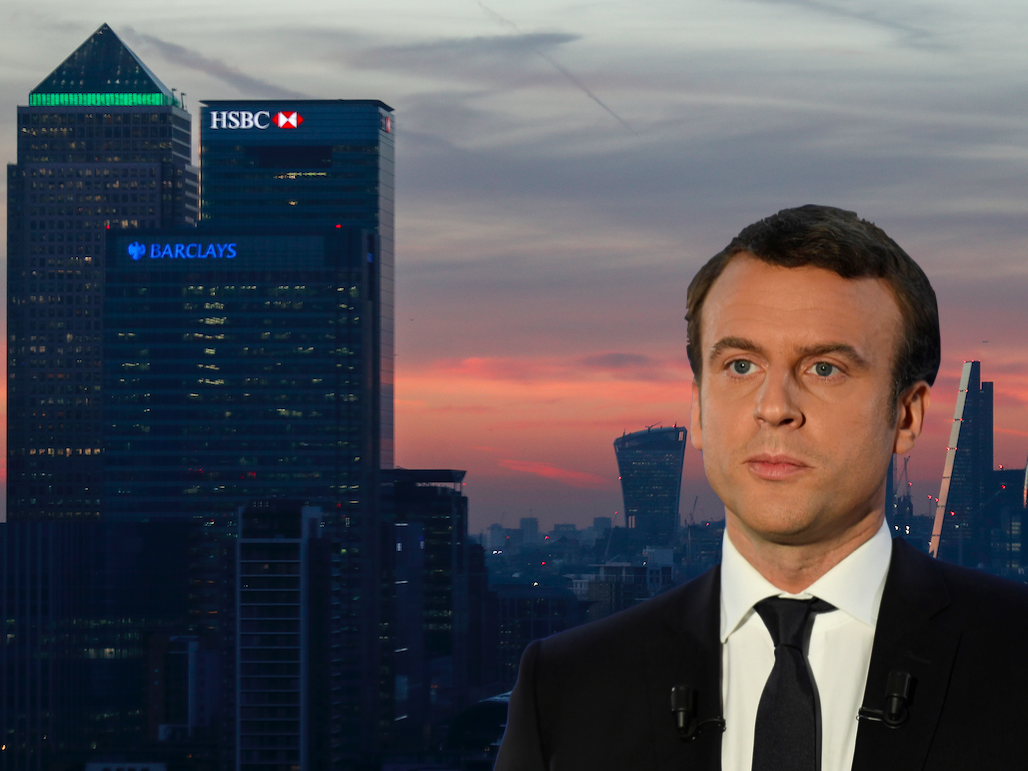 LONDON — Emmanuel Macron’s election as the president of France last weekend could be the beginning of a chain reaction that starts the exodus of thousands of bankers, asset managers, and finance workers from London, according to the chief executive of a body which promotes Paris as a leading European financial hub.

Speaking to Business Insider this week, Arnaud de Bresson, chief executive of Paris Europlace said that banks uncertain about moving staff out of London could be spurred into sending them to Paris thanks to the political stability Macron’s win gives.

“The majority of the companies were waiting to hear the outcome of the French election,” he said, adding that he has not heard of any formal decisions yet, but that now Macron has won, those decisions could come soon.

“We are quite confident that because of the result of Emmanuel Macron, many of the companies with which we are in connection will consider the possibility to locate part of their activities in France.”

Banks and other financial services firms are preparing plans to move staff away from London and form new EU subsidiaries after Brexit in response to the impending loss of Britain’s financial passport.

Executives from HSBC, UBS, JPMorgan, and Goldman Sachs have all publically suggested that jobs will be moved away from Britain as a result of Brexit.

The passport is a system of common financial rules that allow UK based financial firms to access customers and carry out activities across Europe. The Financial Conduct Authority (FCA) said last year that 5,500 UK companies rely on passporting rights, with a combined revenue of £9 billion.

Without it, doing business in the EU from London will be very tricky, so plans are being put in place for establishing or extending European offices to cope with the looming rule changes.

As Business Insider’s Ben Moshinsky noted on Thursday, time is running out for banks to set up subsidiaries, as doing so could take as long as 18 months, according to estimates from Barclays’ CEO Jes Staley.

While increased political stability will play a role in making Paris a more attractive destination for bankers, De Bresson believes Macron will also have a job to do in enticing banks to move staff to Paris, with his pro-business, pro-EU, pro-reform stance having a strong positive impact.

One of the main reasons banks are thought to be reticent about choosing Paris as the place to relocate staff currently based in London after Brexit are France’s notoriously strict labour laws.

France’s capital is pushing accelerating reforms in the country’s labour markets, and trying to strike down the idea that French workers will not work for more than 35 hours a week. De Bresson believes Macron’s election will help shift perceptions about Paris, and further speed-up changes to employment rules.

“We believe Macron will provide strong support for the development of Paris financial marketplace,” he said.

“He has always been a strong supporter of Paris’ financial centre, especially when he was Minister of the Economy. He pushed to explore the first reforms in France in terms of labour reforms and fiscal incentives, and because he has already announced he will prioritise reforms, we know that he is a business-minded president.

“We’re convinced he will deliver in terms of accelerating the reforms that we need on labour rules, social costs, as well as more stability for fiscal conditions.”

Although he is keen to attract financial institutions to Paris, De Bresson stressed that the aim of his organisation was to work with the City of London, rather than against it, to promote Europe as a competitive financial marketplace.

“What we see is that it [the movement of finance workers] will not be from London to one financial centre in the EU, it will be a distribution in the different centres,” he said.

NOW WATCH: Healthcare CEO: Insurance shouldn’t be tied to your employer who may have very different values than you