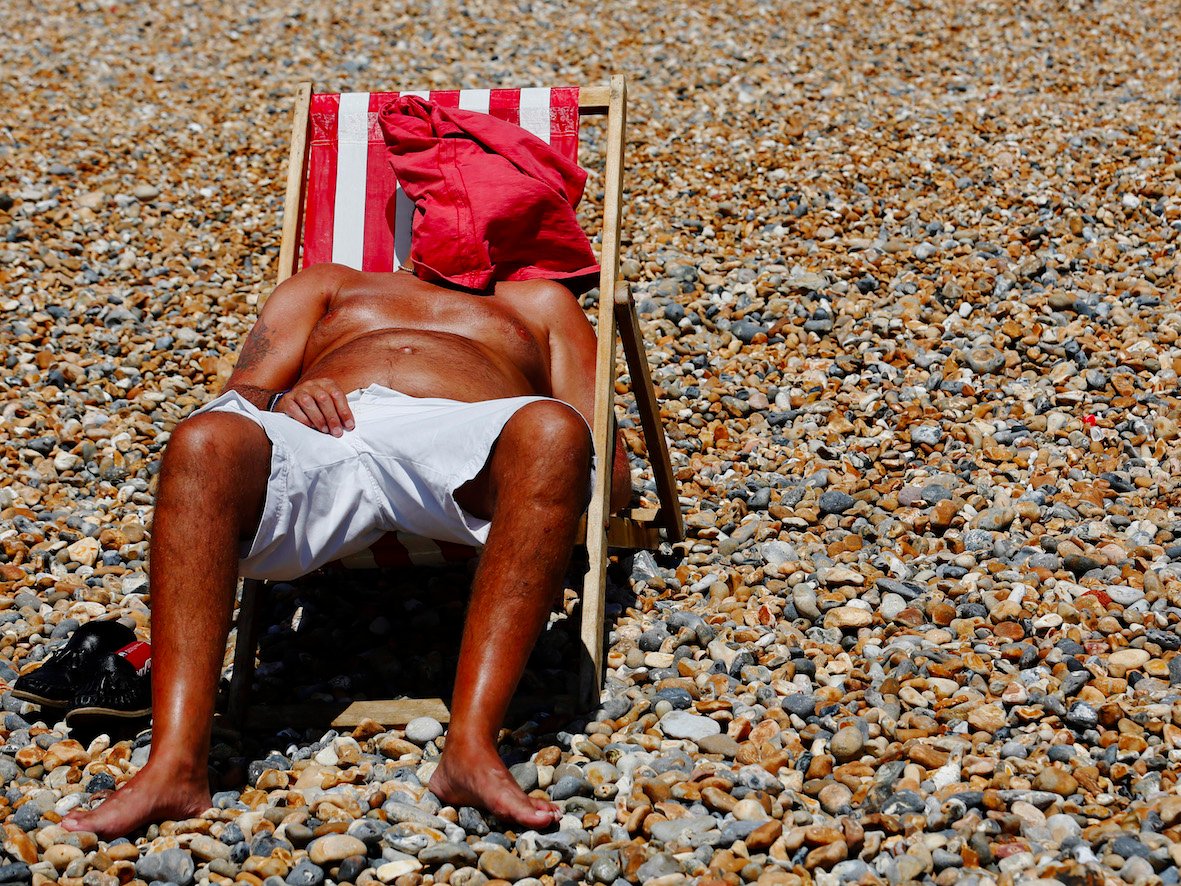 A man sunbathes under a t-shirt on Brighton beach, Southern EnglandReuters / Luke MacGregor

LONDON – Industrial production in the UK shrank by -0.7% in the month of February against positive forecasts, according to data released by the Office for National Statistics on Friday.

Economists had forecast a consensus of 0.3% growth for the month.

The electricity and gas sector provided the largest downward contribution, decreasing by -3.4%, which the ONS said was due to “unseasonably warm weather” in February.

“The monthly decrease in electricity and gas was largely due to falls in both electricity generation and in the supply and distribution of gas and gaseous fuels; this was largely attributable to the temperature in February 2017 being 1.6 degrees Celsius warmer than average,” said the ONS in a release.

Total production output for February 2017 compared with February 2016 increased by 2.8%, with growth in three of the four main sectors. Manufacturing provided the largest contribution, increasing by 3.3%.

Each of the four main sectors saw negative month-on-month growth, however, with manufacturing shrinking by -0.1% against the 0.3% consensus. Here is how it breaks down: Samuel Tombs, chief UK economist at Pantheon Macroeconomics, said in an email that production “likely will continue to surprise on the downside.”

He said: “The average temperature was even further above its long-run average in March than in February, so output in the energy supply sector likely fell further [in March].

“Despite this, quarter-on-quarter growth in industrial production likely picked up to about 0.7% in [the first quarter of 2017] from 0.4% in [the last quarter of 2016]. Even so, it is clear that industry does not have the momentum required to offset the consumer-led slowdown in the services sector this year.”