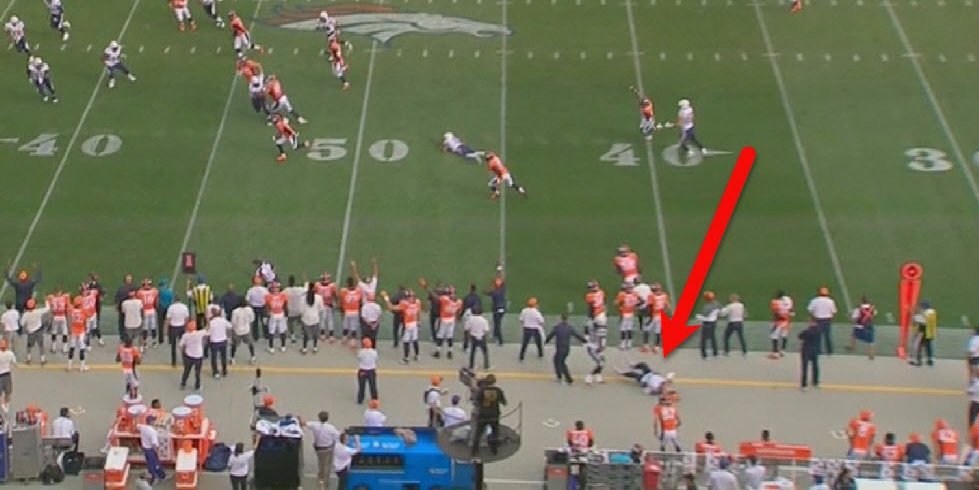 In a scary scene during the second quarter of the Denver Broncos’ game against the San Diego Chargers, Wade Phillips was thrown to the ground after colliding with a Chargers player and eventually had to be taken to a hospital.

The incident came when Philip Rivers threw an interception. Two players away from the play got tangled up and a Chargers player was forced out of bounds and directly into Phillips.

Phillips appears to have been looking elsewhere as he only starts to lift arms just as the player is about to hit him.

Phillips was seen talking to the medical staff and moving his head and arms.

Players gathered around as Phillips was being treated on the sideline. He was eventually strapped to a cart and taken off the field.

According to the Broncos, Phillips was taken to a local hospital in an ambulance, but that he does have movement in all extremities. Phillips was previously the head coach of the Broncos, the Dallas Cowboys, and the Bufffalo Bills.