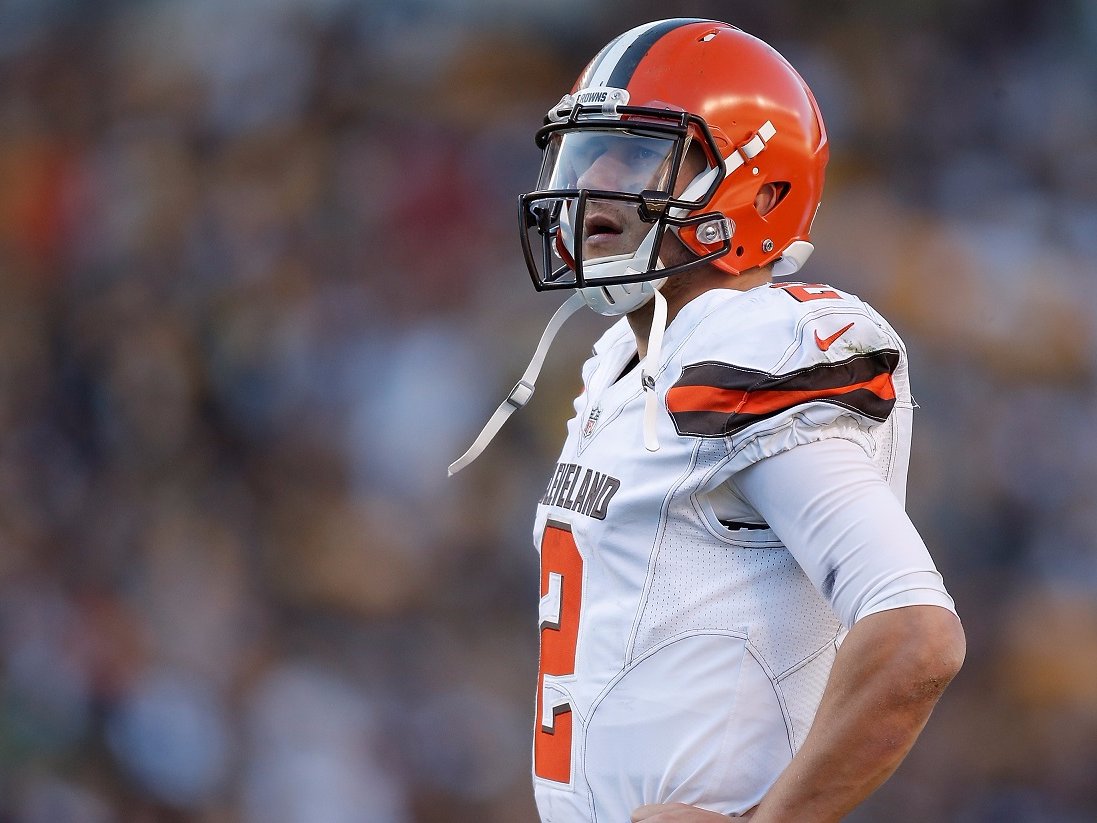 Tom Coughlin is out for the Giants

Things have quickly gone downhill for Johnny Manziel and the Cleveland Browns.

Manziel did not play in Week 17 after it was reported he had a concussion, which followed a video surfacing of him partying and drinking over Christmas weekend.

Manziel then didn’t show up to concussion protocol on Sunday and couldn’t be reached by phone. USA Today’s Scott Boeck reported that Manziel was seen in Las Vegas on Saturday night.

Sunday night, Peter King reported that the Browns are finished with the Johnny Manziel era and that Manziel wants to go to the Dallas Cowboys.

On Monday, while speaking to the media, Browns owner Jimmy Haslam basically confirmed that.

First, he was vague on Manziel’s future with the team, saying (via Cleveland.com’s Mary Kay Cabot), “It will be up to the coaches, and Executive Vice President of Football Operations Sashi (Brown) and the GM as to who’s on the team. They will make those calls.”

Then when asked about left tackle Joe Thomas saying quarterback is the most important position, Haslam added (emphasis our own), “I don’t think there is anything that compares to it in professional sports in terms of importance to a team. Joe has been around the game. He’s smart. He’s exactly right… We do have the second pick in the draft.“

These are not exactly ringing endorsements for Manziel.

Currently, there isn’t a quarterback that figures to go that early in the draft, but the Browns could also explore flipping that pick for a package that includes a later draft pick or an already established quarterback. They also still have Josh McCown under contract until 2017.

Regardless of whether the Browns decide to buy out Manziel or try to trade him, with a new coaching staff and GM coming in and little support from the team’s owner, it doesn’t sound like he’ll be back with the team next year.