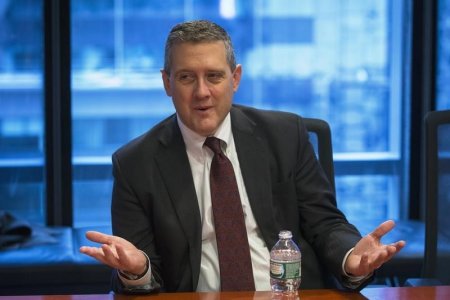 WASHINGTON (Reuters) – The U.S. central bank’s inflation and employment goals have essentially been met and it would be “prudent” to edge interest rates higher, St. Louis Fed President James Bullard said on Friday.

“Prudent policy suggests edging the policy rate and the balance sheet towards more normal levels,” Bullard said in prepared remarks for a presentation to a monetary policy conference in Frankfurt, Germany.

Bullard was among the majority of Fed policymakers who voted to keep rates steady at the central bank’s two-day meeting this week, and he has voiced concern recently about a drop in inflation expectations.

But those expectations have been moving higher lately, and Bullard said in his remarks on Friday that he now feels “inflation net of the oil price shock is reasonably close to target.” He did not in the prepared remarks suggest when the next rate hike should occur.

The bulk of Bullard’s prepared presentation revolved around a more theoretical discussion of whether the extended period of low rates in the United States and Europe has, instead of boosting demand and forcing inflation higher, created a situation where inflation will remain low until rates are increased.