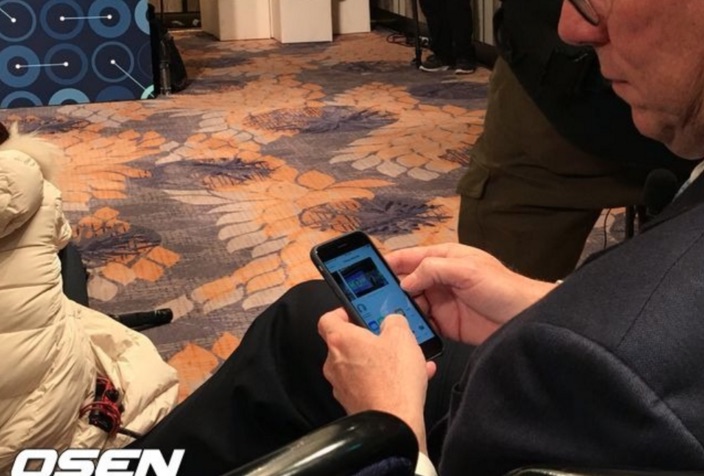 Eric Schmidt is Google’s former CEO and the current executive chairman of its parent company, Alphabet. But it turns out he’s also a bit of an Apple fan based on a pair of photos circulating online. That’s a pretty sharp turn from years past when Schmidt publicly put the Cupertino company on blast.

The pictures show Schmidt using an iPhone at an event in Korea. Even better, it looks like this is a Google-related event for the historic competition between the company’s DeepMind AI and champion Go player Lee Sedol. You’d think he might show a little more company pride.

To be fair, Google makes plenty of apps for the iPhone. The company’s done a great job bringing its software to Apple’s platform even if it competes directly with Android. So maybe we’re overreacting a little, but it’s definitely strange to see Schmidt casually holding an iPhone like this.