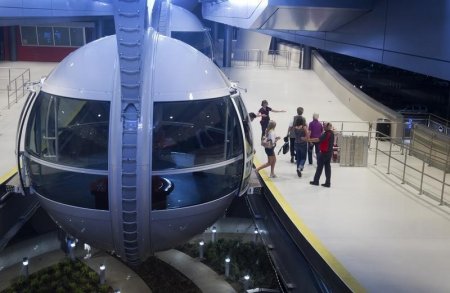 Thomson ReutersPassengers leave the cabin after riding the 550 foot-tall (167.6 m) High Roller observation wheel, the tallest in the world, in Las Vegas

CHICAGO (Reuters) – Caesars Entertainment Corp removed assets from its casino operating unit to the detriment of the unit and its creditors, a court-ordered examiner found in a non-binding investigation released on Tuesday.

The unit, Caesars Entertainment Operating Co Inc (CEOC), filed for bankruptcy last year with $18 billion of debt, sparking a bitter feud among some of the biggest names on Wall Street.

Potential damages from the claims could reach $5.1 billion, the examiner said.