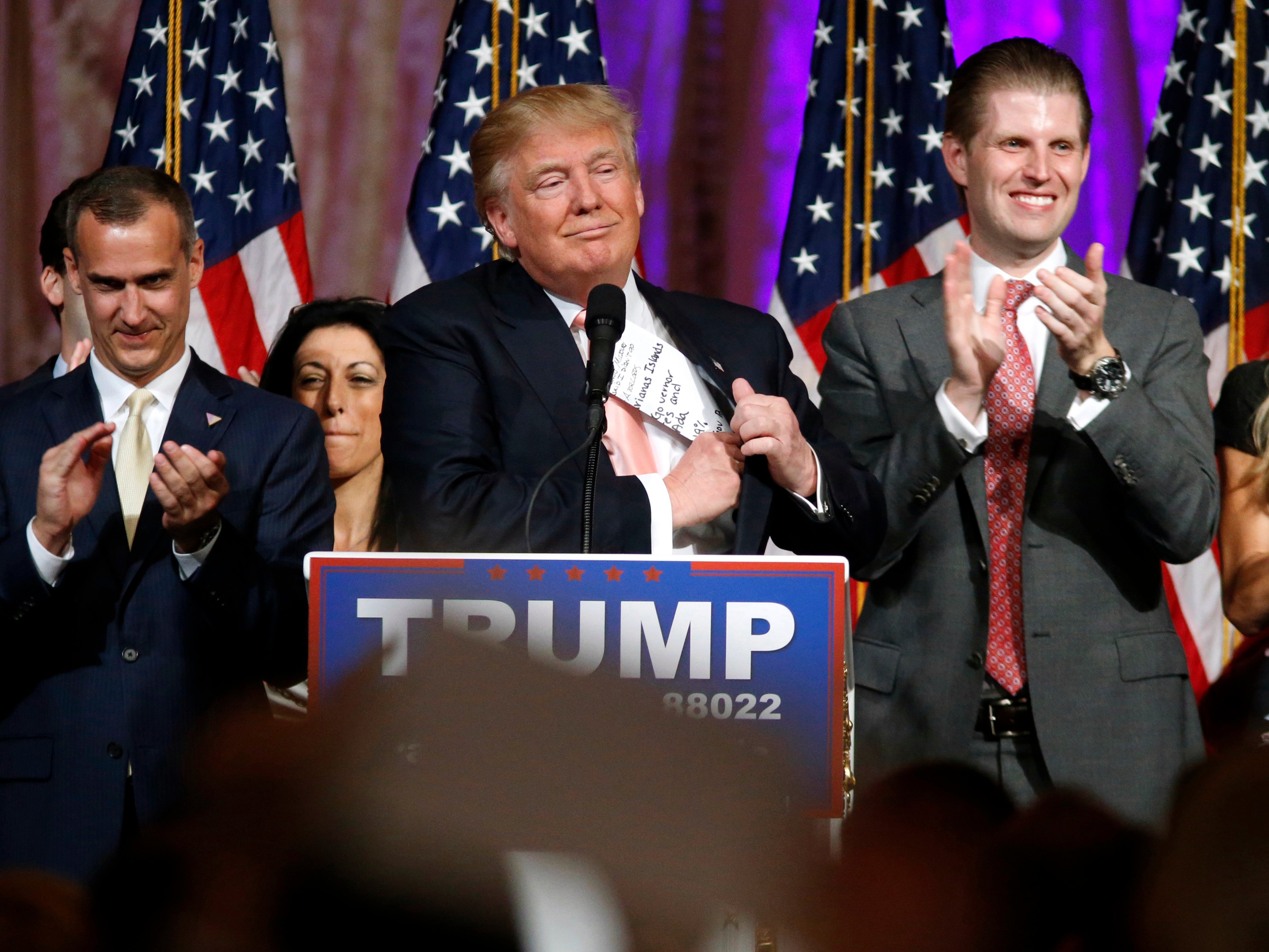 In a victory speech that followed his wins in the Florida, North Carolina, and Illinois primaries, GOP presidential frontrunner Donald Trump decided to tell a story about how he was embarrassed at his golf tournament.

After mentioning how much money was spent against him in negative advertising — a number he questionably estimated to be greater than $40 million in the state over the past two weeks — Trump explained how the attacks were awkward for him at a recent golf tournament held at his Trump National Doral Golf Club.

“I’m watching and we have television screens all over and we’re down at the gorgeous green at Doral and everything’s working beautifully and then a commercial comes on,” he said. “The worst commercial.”

And I’m with all these wonderful people from Cadillac. All these top executives, and I’m telling them. “Look over there! Don’t watch it! You don’t want to watch it!” I’m saying, “look at the grass it’s beautiful. Look, look! Don’t watch.” And they came in waves, one after another and another and it was brutal.

He then said, right before PGA golfer Adam Scott was about to receive the trophy for winning, NBC announced it would cut to commercial.

“I said no, no! Two of them,” Trump recalled of the attack ads that aired immediately after the network cut away.