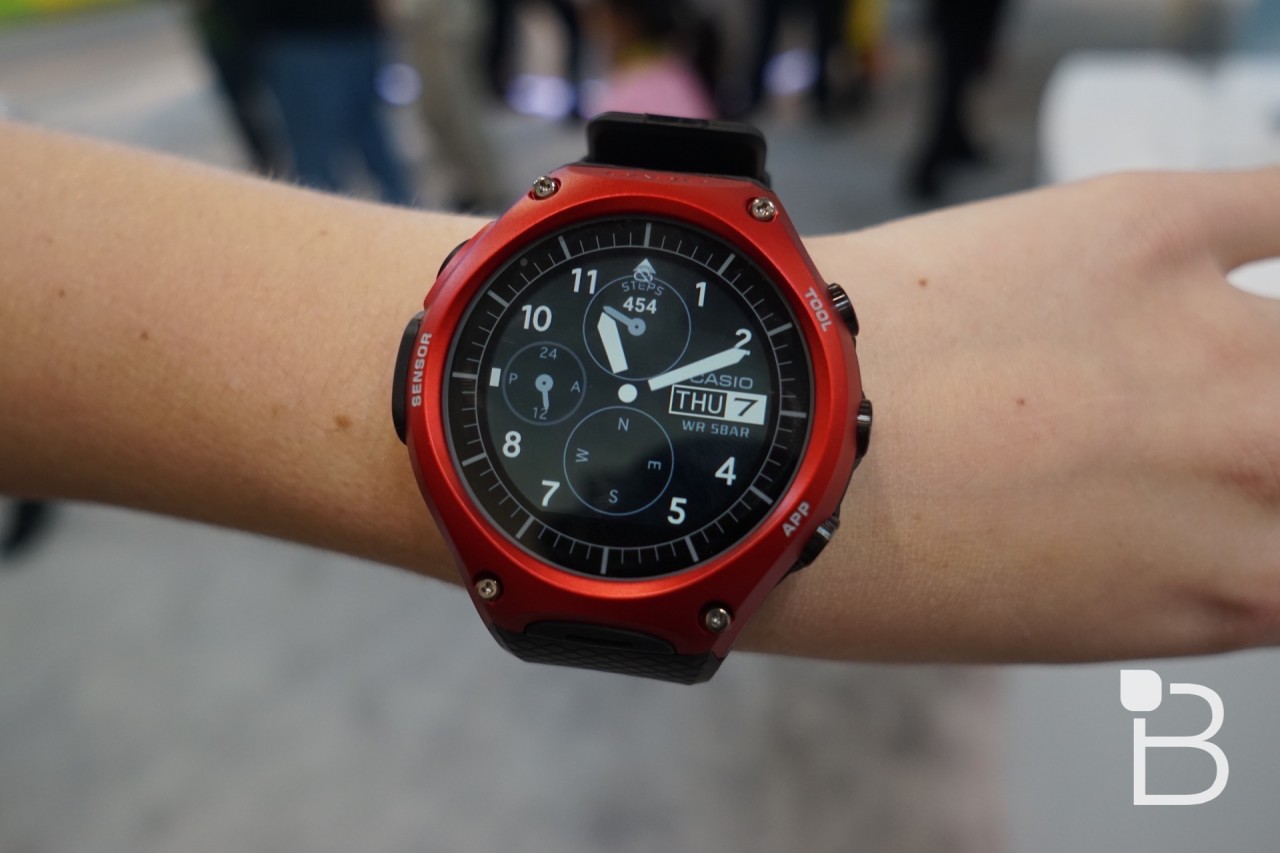 Casio announced its first Android Wear smartwatch during CES 2016. It’s huge. In fact, the Casio WSD-F10 looked comical on the wrist of the woman demoing the unit to me when I stopped by the booth. But I’d still wear it.

Casio’s approach is a bit different than what we’ve seen from other Android Wear OEMs. It says its watch can last up to a month on a single charge if you keep the smart functions off — which means it will still serve as a regular rugged watch. Turn them on, though, and you get access to the full array of Android Wear notifications in addition to an altimeter, preloaded apps for the sunrise/sunset, high and low tides and more.

As a frequent saltwater fisher, the high/low tide information is useful, though I know I can also find this from other smartwatches. I dig the rugged design, though, and hope to be able to test it this summer during some kayaking in the back bays.