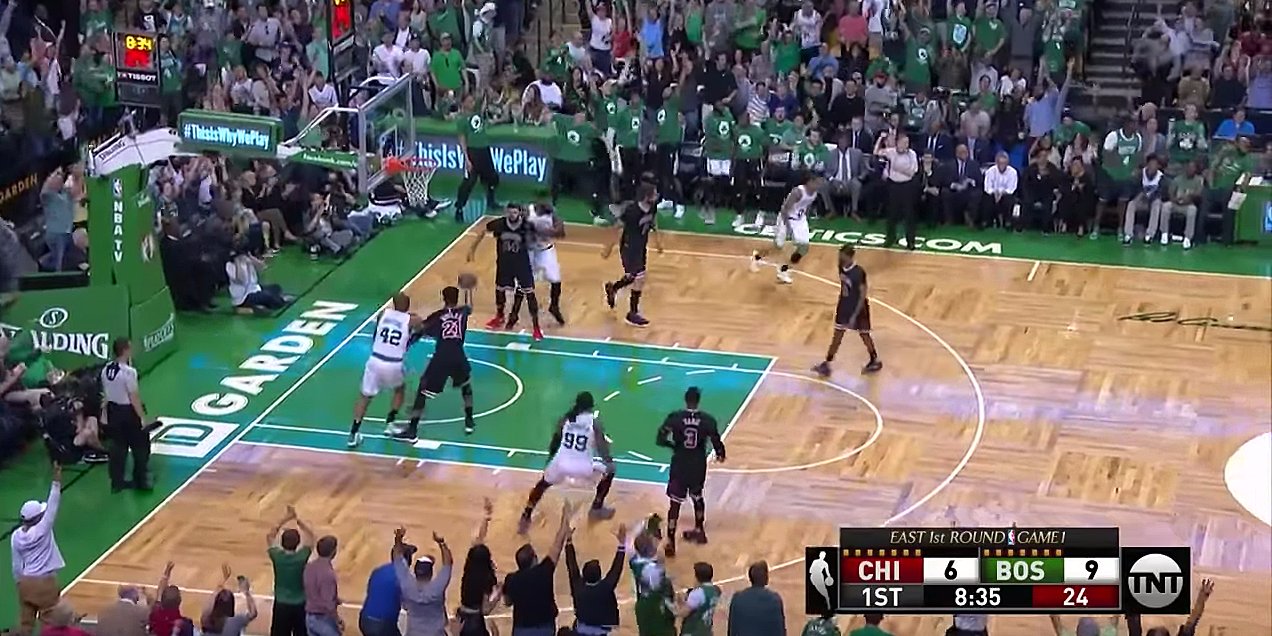 Thomas decided to play in Game 1 against the Chicago Bulls on Sunday, though it was obvious he was emotional.

Before the game, Thomas sat with Celtics guard Avery Bradley, who grew up near Thomas and is a close friend, and cried on the sideline.

Thomas was teary as the Celtics had a moment of silence for his sister and as fans gave him a huge ovation during introductions.

But perhaps the most chills-inducing moment came early in the first quarter. Thomas led a fast break down the court and threw a fancy between-the-legs pass to Bradley. Bradley tossed it back to Thomas, who launched a deep three and canned it. The Celtics crowd went crazy.

Thomas finished with 33 points, but the Celtics fell to the Bulls 106-102. The Celtics outscored the Bulls by 16 with Thomas on the floor but were badly outscored when he sat.

“I think it just speaks to who he is as a person and how he comes out here and just fights each and every night, even when adversity is against him,” Celtics forward Jae Crowder said, via ESPN’s Chris Forsberg. “We just should have gotten that win for him.”

Celtics coach Brad Stevens has told Thomas it’s up to him if he wants to continue playing in the series, according to ESPN. Many former athletes have said the distraction of basketball could help Thomas cope, and his performance suggested he was able to get lost in Game 1.