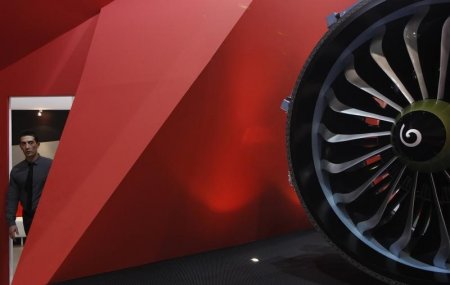 CFM, a joint venture of General Electric Co and Safran SA of France, said its backlog of LEAP engines, which power the Boeing 737 MAX and Airbus A320neo jetliners, now stands at more than 10,000 units valued at $140 billion.

“For CFM, life is good,” Jean-Paul Ebanga, chief executive of CFM, said on a conference call ahead of the Singapore Airshow which begins on Feb. 16.

“Not only are we confident today, but we are confident in the future,” he added, noting that CFM is undertaking the largest testing program in its history and working closely with suppliers to ensure stable production and cost controls.

His comments come after problems developed with the Geared Turbofan engine made by rival Pratt & Whitney, a unit of United Technologies Corp. The Pratt engine, which competes with the LEAP, developed a glitch that requires a longer than normal restart procedure under some circumstances.

Pratt has said it expects the problem, which requires a three-minute cooling procedure before the engine can be restarted, to be fixed this month [nL1N140012]. CFM officials said on Friday the LEAP restarts consistently in 50 seconds per engine.

The Pratt issue delayed delivery of the first A320neo by several weeks. Pratt and Airbus said on Friday they are in talks with customers about A320neo delivery schedules [nL8N15K30I]. Pratt’s engine is available on the Airbus A320neo but not the 737 MAX.

CFM said it expects to build more than 140 LEAP engines and about 1,700 CFM56 engines this year. It is making a transition from CFM56 production to the LEAP. The company confirmed that it will ramp up LEAP production to more than 2,000 engines a year by 2020, as reported previously by Reuters [nL8N15I398].