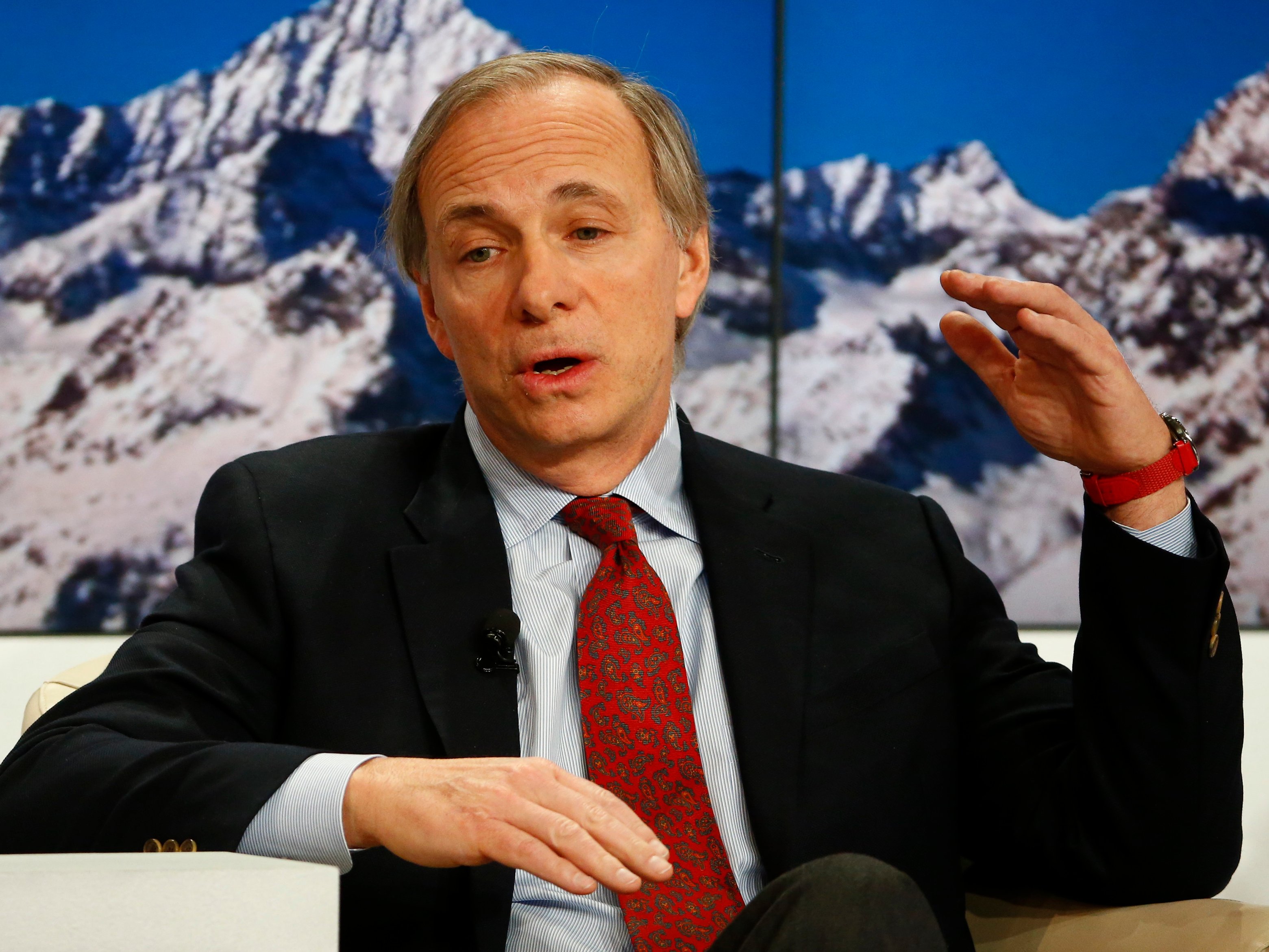 RAY DALIO: The 75-year debt supercycle is coming to an end

SURPRISE! The founder of the world’s largest hedge fund thinks everyone is wrong on the Fed’s next move

Two top executives at the world’s largest hedge fund have called for votes on each other’s conduct.

The Wall Street Journal’s Rob Copeland and Bradley Hope have published a big story about an internal dispute at $160 billion Bridgewater Associates between founder Ray Dalio and co-CEO Greg Jensen.

Dalio, who founded Bridgewater in 1975, is questioning whether or not Jensen has “integrity,” the report said.

Meanwhile, Jensen, who joined the Westport, Connecticut-based hedge fund 20 years ago and serves as CIO and co-CEO, is questioning if Dalio has fulfilled his succession plan he set forth in 2011.

According to the report, they’re having a dozen top employees and stakeholders vote on the dispute.Bridgewater is renowned for its focus on transparency and honesty.

Upon joining, every employee is required to read Dalio’s “Principles,” a 123-page manifesto.

One of the principles advises to employees to “have integrity and demand it from others. A) Never say anything about a person you wouldn’t say to them directly, and don’t try people without accusing them to their face. B) Don’t let ‘loyalty’ stand in the way of truth and openness.”

Another principle says to be “radically transparent,” meaning that they record everything.

Check out the full story at The WSJ »