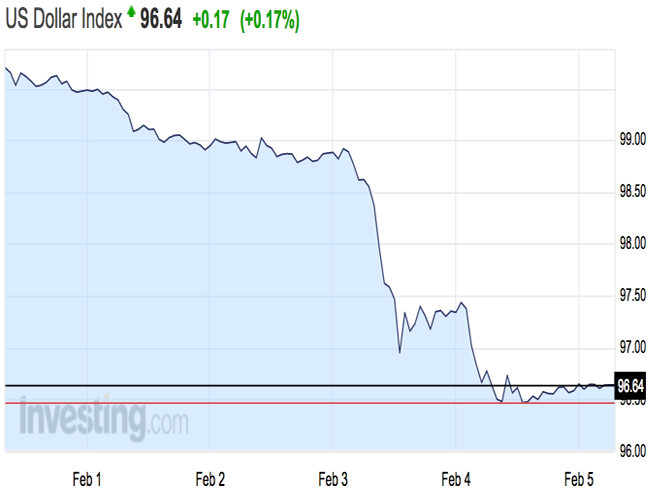 Investing.comThe dollar has had a rough week.

Stocks were lower after the January jobs report showed headline job gains missed expectations while the unemployment fell to a new post-crisis low.

The Nasdaq 100 headed for its lowest close since October 2014.

Tech was the leading declining sector. Notably, LinkedIn shares fell as much as 44%, the worst decline ever, after the company provided weak earnings guidance in its report Thursday.

In other moves, the US dollar index was nearly flat, but the currency was still on pace for its biggest weekly decline since 2009.

Crude oil fell 1% after seesawing earlier in the session, with WTI futures trading near $31.22 in New York.