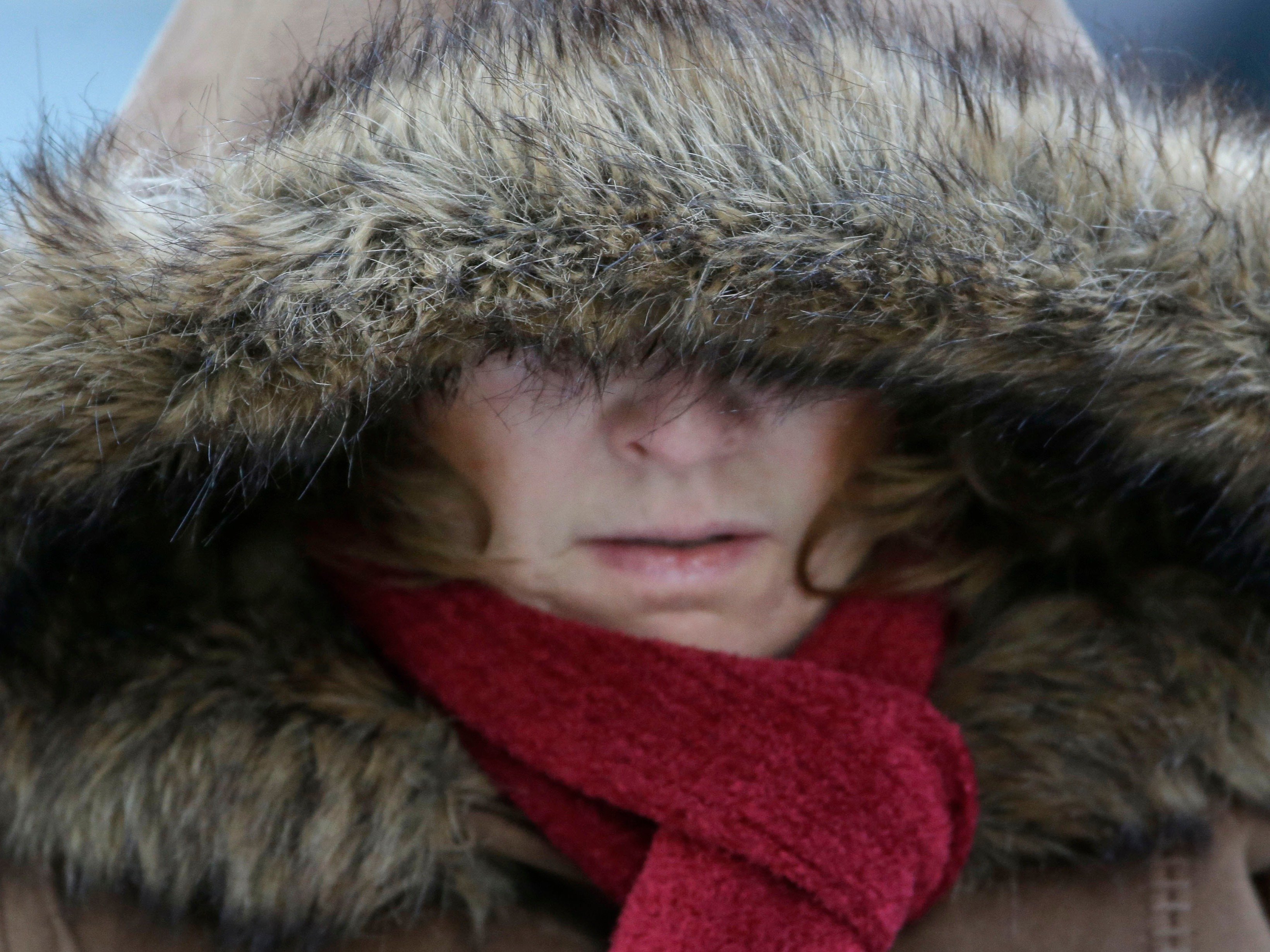 With a massive snowstorm about to hit the Northeast, going outside isn’t just uncomfortable — it can be downright dangerous.

The storm, known as Winter Storm Jonas, is expected to bring heavy snow, high winds, and potential flooding along the coast from Virginia up through New York. And authorities are warning residents in affected cities to be prepared for the frigid weather.

Temperatures are expected to plunge into the mid-20s F in Washington, DC, and hover in the upper 20s to low 30s in New York.

But straight temperatures aren’t all that matter. Brave adventurers (or those forced to leave their homes) should really consider windchill — the temperature it “feels like” outside based on the rate of heat loss from exposed skin, according to the National Weather Service.

In colder temperatures, you shiver to produce heat in your muscles. You’ll also need to pee more. Exposure to cold reduces blood flow to the skin’s surface, which also decreases the overall volume of fluid your body can hold. Your body responds by ditching liquid, according to an infographic from the Toronto Sun.

Fingers, toes, ear lobes, or the tip of the nose are the areas most susceptible to frostbite. Your body works hard to keep you internal organs and head warm, and sometimes extremities get left behind.

Usually, when parts of your body get too cold, they turn red and hurt. Symptoms of frostbite, however, include a loss of feeling and lack of color. Anyone showing signs of hypothermia or frost bite should seek medical attention immediately.

The chart below shows how long you can be exposed to certain temperatures before it will result in frostbite.

For example, a temperature of 0°F and a wind speed of 15 mph creates a wind chill temperature of -19°F. Under these conditions frost bite can occur in just 30 minutes.

You can, however, survive a winter scenario like this. Check out these tips — like wearing mittens instead of gloves.

Surprisingly, hypothermia can occur at any temperature lower than normal body temperature. Factors like body fat, age, alcohol consumption, and especially wetness can affect how long hypothermia takes to strike.

If you fall into water, the situation becomes drastically more dangerous.

For example, in water 32.5 degrees Fahrenheit or colder, you might not survive more than 15 to 45 minutes. You’ll undergo shock within the first two minutes and some functional disability before 30 minutes, according to the United States Coast Guard.

Check out this chart from the Personal Floatation Device Manufacturers Association:

READ NEXT:Here’s what to expect from the ‘paralyzing’ blizzard set to clobber the Northeast later today