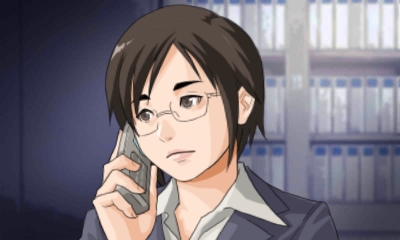 Chase: Unsolved Cases Investigation Divisionmight not soar to the top of a lot of gamers’ bucket lists, but it has crawled its way onto mine. Cing’s ability to churn out excellent mysteries and adventure games has been sorely missed over the last few years, and if Chase: Unsolved Cases Investigation Division’s intro movie is a sign of what’s to come, then it doesn’t look like the now former Cing team hasn’t lost a beat.

The opening cinematic is nothing thrilling or exciting, but Cing’s stories have always been more subtle than the average “cop dramas” in video games. The cool, slow, gumshoe detective style contrasts the bright Phoenix Wright titles or the “beat you over the skull” Battlefield Hardline method, and falls right in place with this series’ previous games.

However, what leaps off the screen the most is the animation. For years, we’ve only ever seen Cing’s typical art style through still images, but for the first time, probably because of the powers of the 3DS, these characters can actually move! Hotel Dusk was famous for using a unique “paper cutout” animation style that got around the DS’ weaknesses, but here, there is no need for that. These characters look great.

There’s still not a lot of information out there regarding Chase: Unsolved Cases Investigation Division, but it will be released for the Nintendo 3DS this spring in Japan. It is under development at Arc System Works, but the original members of the former company Cing have been reunited to work under its roof.