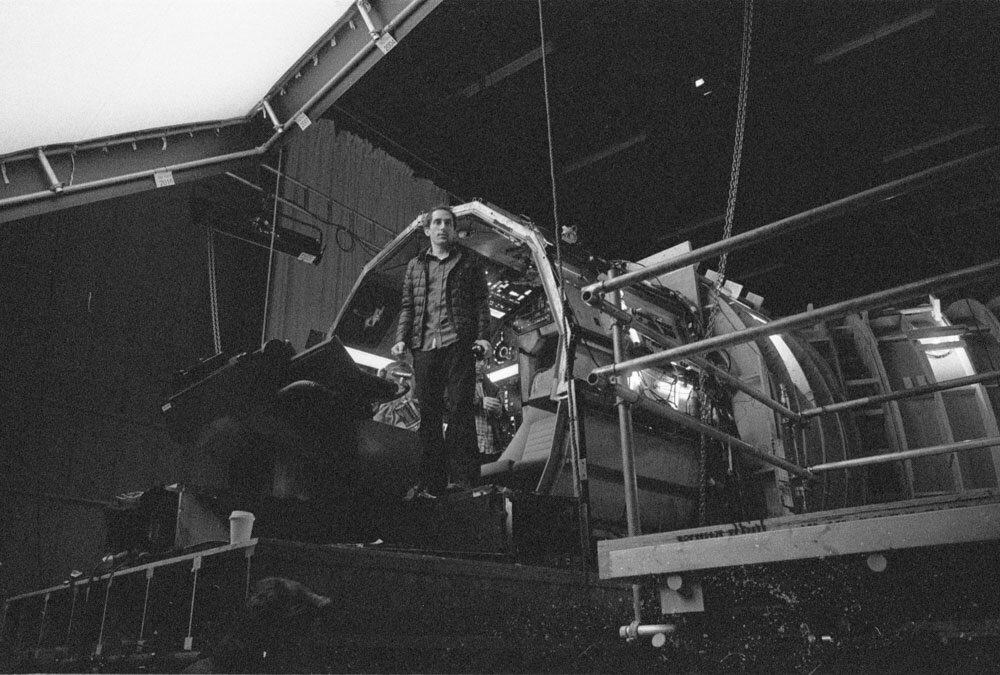 After sharing a brief production video of Episode VIII’s opening scene, director Rian Johnson has offered up another tease of the upcoming sequel. It’s not much but anything will do at this point.

The image is of cinematographer Steve Yedlin standing inside what looks to be the cockpit of the Millennium Falcon. The picture was likely kept vague on purpose, as there don’t appear to be very many clues about what’s going on.

Although Disney and Lucasfilm are reportedly taking a looser approach to secrecy in regards to Episode VIII, drones are reportedly being used to ensure no leaks occur from the set.

Star Wars: Episode VIII was recently delayed from May 2017 to December 2017, so we still have a long way to go before the movie is released. In the meantime, Star Wars fans have Rogue One to look forward to, which hits theaters at the end of this year.