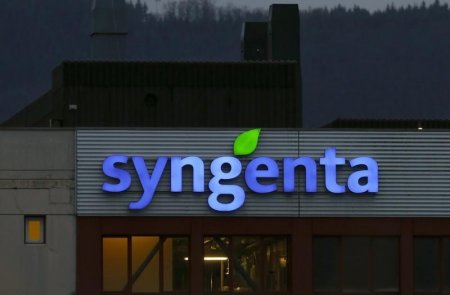 WASHINGTON (Reuters) – The state-owned China National Chemical Corp [CNNCC.UL], which plans to buy Swiss seeds and pesticide maker Syngenta, will promptly start preparations for what could be a lengthy U.S. national security review, as the House Agriculture Committee chairman said he would monitor the deal.

Representative Michael Conaway, a Texas Republican who chairs the Agriculture Committee, is aware of the deal and “will be closely monitoring this as it develops,” committee spokeswoman Mollie Wilken said in an emailed statement to Reuters.

The $43 billion deal, which was announced on Wednesday as a way for China to better feed its 1.4 billion people, would face scrutiny from a U.S. government panel that reviews foreign acquisitions to establish whether they will harm national security.

Syngenta, which generates nearly a quarter of its revenue from North America, is the biggest seller of pesticides in North America and also a key player in seeds. Its U.S. headquarters are in North Carolina. It has other facilities in the state, as well a presence in California, Delaware, Iowa and Minnesota, among others.

Still, the company plans to file promptly with the Committee on Foreign Investment in the United States, or CFIUS, which comprises representatives from 16 U.S. agencies including Treasury, Homeland Security and Defense.

“As is best practice in foreign acquisitions involving US businesses, the parties will make a voluntary filing with CFIUS, even though no obvious national security concerns were identified during due diligence,” Pisk said in an emailed statement.

One person familiar with the deal added that if issues cropped up, the companies were prepared to take steps to address potential problems. In past cases, mitigation has required asset sales.

CFIUS’s national security concerns tend to focus on military contracting, high-tech assets like semiconductors, communications networks, as well as facilities which may have no apparent security issues but are near sensitive U.S. military bases.

In 2012, CFIUS stopped a small Chinese company, Ralls Corp, from buying a wind farm in Oregon because the farm was near a training site used to test unmanned drones.

Michael Wessel, a member of the U.S.-China Economic and Security Review Commission which was created to monitor China for Congress, said he expected CFIUS would take a hard look at the ChemChina deal for Syngenta.

“This is a $43 billion firm, I do not believe we are talking about basic nitrogen-based fertilizers but some very high value products,” he said on Wednesday. “This should be subject to strict scrutiny.”

The vast majority of deals that CFIUS looks at are approved, while a few are changed to address national security concerns raised by the inter-agency commission. CFIUS looked at 480 transactions between 2009 and 2013 and investigated 193 of them. An unknown number were withdrawn by companies during the review process and scrapped and one was formally rejected, according to a CFIUS annual report to Congress issued in 2015.