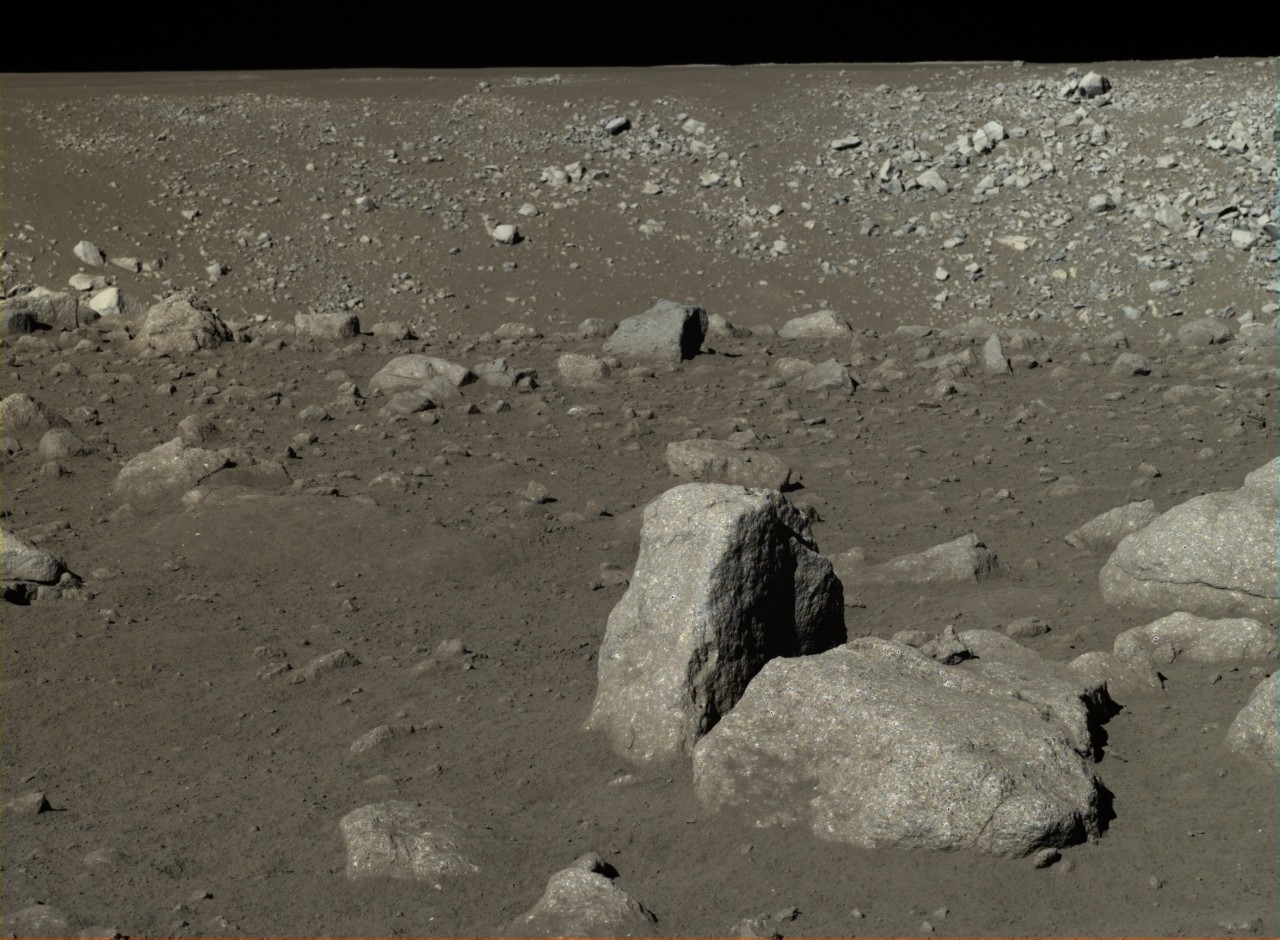 From afar, the moon looks mysterious and lonesome, but nonetheless beautiful. From up close, however, it’s a completely different story.

The China National Space Administration has released several images taken by its Chang’e-3 lunar lander, giving the world an incredibly detailed look at the moon’s surface. If you were hoping for weird aliens and crawling bugs, you’ll be sorely disappointed. The images are about as uneventful as they came, yet they still provide a spectacular look at a world we still know little about.

Chang’e, along with its Yutu rover, actually touched down on the moon back in 2013, so the agency has been holding on to the images for a while. Now that they’re out, however, anyone and everyone can inspect the barren lunar surface, which looks no more exciting than staring at a backyard mud pit.

Be that as it may, there are some fascinating closeups of rocks and larger boulders, along with some eerie wide shots showing the empty blackness of space beyond the moon’s rocky surface.

China’s Chang’e touched down on the moon’s northern Mare Imbrium, something that’s been done before, but a more daring mission is being planned for 2017, where the Chinese agency will attempt to land on the dark side of the moon.