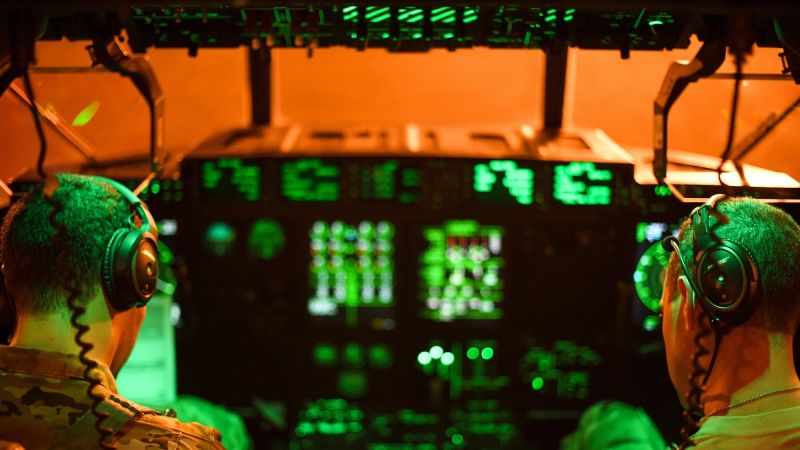 Foxtrot AlphaTech and news from the world of modern defense.

The latest weapon in the great power competition shaping up between the West and China is, inevitably, the laser. Over the past year American and Australian military personnel have reported being the target of lasers coming from the direction of Chinese forces, in some cases resulting in eye injuries. The lasers are another form of deniable harassment conducted by Chinese military personnel and the so-called “maritime militia”: commercial sailors deputized by the Chinese navy.

The incidents started in 2018, in Djibouti of all places, according to the U.S. Department of Defense. The small, strategically located African country has long been a base for U.S. and French military forces operating throughout the Horn of Africa region. Chinese military forces, after securing a ten year lease in 2016, moved in and quickly carved out a large base. Soon, U.S. military pilots were reporting lasers pointed at their aircraft as they flew near the Chinese base. In May 2018 the Pentagon reported that two pilots of a C-130 transport suffered minor eye injuries due to a “military grade laser,” and that there had been between “two and ten” laser strikes on U.S. aircraft.

The Thanos 5 watt laser will, according to the manufacturer, cut tree branches and ignite white paper. It also has a range of 18 miles. Available for just $488.

But last week, word came from the South China Sea that Australian helicopter pilots were recent victims of laser strikes. Pilots operating from the amphibious ship HMAS Canberrareported lasers aimed at them as their ship travelled from Vietnam to Singapore, transiting the South China Sea along the way, according to the Australian Strategic Policy Institute:

Some helicopter pilots had lasers pointed at them from passing fishing vessels, temporarily grounding them for precautionary medical reasons. Was this startled fishermen reacting to the unexpected? Or was it the sort of coordinated harassment more suggestive of China’s maritime militia? It’s hard to say for sure, but similar incidents have occurred in the western Pacific.﻿

The Canberra was reportedly trailed by People’s Liberation Army Navy warships that acted cordial enough, but several passing fishing boats aimed lasers at Australian helicopters, causing their pilots to be temporarily grounded as a precaution.

China has claimed large sections of the South China Sea, creating military bases out of reefs and islets with the use of dredging. China’s exact claims are cleverly ambiguous, but it is generally believed the country considers roughly ninety percent of the South China Sea Chinese territory—and it doesn’t like visitors. Foreign warships passing through the SCS are tailed, sometimes aggressively.

The laser strikes against Australian pilots were likely from Beijing’s so-called “maritime militia.” China’s domestic fishing fleet ranges far and wide over the world’s oceans, but particularly into regions such as the South China Sea. The People’s Armed Forces Maritime Militia is a paramilitary force that often uses these fleets to conduct activities that would be too provocative for the People’s Liberation Army Navy—China’s Navy—to pull off.

Some of the fishing boats may do real fishing but, when the U.S. or Australian Navies sail by, they reportedly pull out the ol’ military-grade fishing laser and start making nuisances of themselves.

The laser strikes and the Maritime Militia are a way of conducting aggressive—even dangerous activities—without directly using the Chinese military, and thus offering plausible deniability to the Chinese government. Many of the instances of laser strikes hitting American aircraft in Djibouti didn’t originate from the base itself, but from the waters just off the coast.

In the incident involving HMAS Canberra, the Chinese military acted quite professionally while nearby fishing boats were the ones shining lasers.

Had the Chinese Navy itself been the one shining the lasers, or had a laser emanated directly from China’s Djibouti base, it would have very clearly been a state-sponsored act of aggression. Instead, Beijing can just shrug it off as the actions of some misguided patriotic fishermen—nothing to do with China, of course.

The Maritime Militia is like some kind of bizarro world Coast Guard—a paramilitary force that carries out missions the home country doesn’t want its navy to take care of. In Washington’s case, the U.S. Coast Guard exists to handle law enforcement issues the U.S. Navy is barred by law from addressing. In Beijing’s case (which, to be fair, also has a coast guard) the Maritime Militia is often used to accomplish missions that may not be exactly legal, or the actions of a government that follows international norms.

Countries like the U.S. and Australia can’t do a whole lot about the laser strikes If Western navies take military action against a fishing boat, it simply looks like national armed forces beating up on civilian fishermen, which could justify a greater Chinese military presence—all to protect innocent fishermen. That also doesn’t exact a cost from the real hand directing the militia’s activities—the Chinese military itself.

The Maritime Militia, like the mysterious “little green men” that appeared in the Crimea ahead of Russia’s takeover, are instruments of of force deployed by totalitarian governments to further state goals. There is nothing quite like them in the West. How the U.S. and its allies deal with these part-time actors and laser attacks will be one of the great military dilemmas of the 21st century.